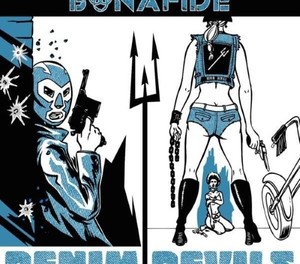 About three months ago, Swedish rockers, Bonafide, released a video for the song “One Kiss” in support of their album Denim Devils. 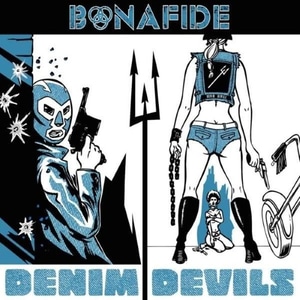 The group then fell down from favour with the release of 2013’s Bombo. Sleaze Roxx stated in its review of Bombo: “Overall, Bombo is a big disappointment compared to Ultimate Rebel. One just has to listen to fantastic songs such as “Doing The Pretty” and “Rough Cut” off the previous album to figure out that Bombo is nowhere near as good. That being said, I enjoy Bombo a little more every time that I listen to it, but it shouldn’t take me five to ten listens to start to like a song. I would usually not give most albums such a long audition, but only did so for Bonafide because Ultimate Rebel was one of my favorite CDs of 2012 — and I suspect that the songs here would sound a lot better in a live setting. I am willing to overlook this disappointing effort from Bonafide and hope that a much better album will be in the works before too long.”

Bonafide‘s Denim Devils, which is the follow-up to Bombo was released in early 2015.