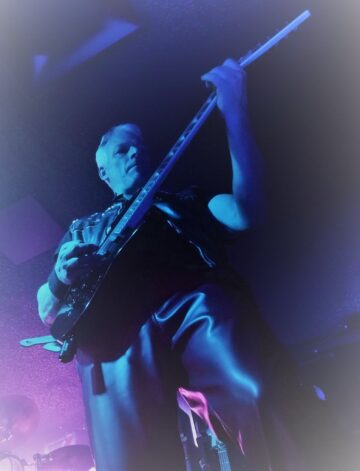 The following message was posted on Boneyard‘s Facebook page on March 28, 2021:

“BIG NEWS! Finally, after 2 years of searching, auditions and set backs, we’ve finally got our new lead guitarist! We are beyond excited to welcome Gary Ursulak to the band! We persevered as a three piece, along with guest guitarist and good friend, Grant Tarapacki to finish the album. Pamtera Cunningham‘s preaching to always stay positive, has indeed paid off. Never give up Hope!”

Boneyard‘s debut album Oathbreaker finished at #7 on the Sleaze Roxx’s Top Ten Albums of 2020 to which Sleaze Roxx stated:

“Canadian rockers Boneyard caused a bit of a problem since I wasn’t expecting to hear such a great album so late into the year. B0neyard‘s single “Fates Warning” only came to my attention in mid to late November 2020. By the time I got my copy of Boneyard‘s debut album Oathbreaker and listened to it a few times, I knew that a spot on the Sleaze Roxx’s Top Ten Albums of 2020 likely needed to be made for the record. The question really became where to slot Oathbreaker more than anything else. Powered by the melodic singing of female lead vocalist Pamtera and some solid guitar melodies reminiscent of classic late ’80s era Iron Maiden, Boneyard‘s debut record Oathbreaker is the kind of album that gets a little better each time that you listen to it since the record has so much to offer. Key tracks include the haunting and mesmerizing “Oathbreaker”, the riff based “Gone”, the melody laden “Monster” and the peppy yet groove oriented “Born Again.” Boneyard can also boast about having one of the best album covers that I have seen in some time.”