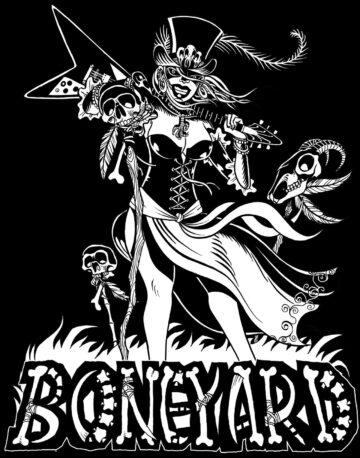 Oathbreaker finished at #7 on the Sleaze Roxx’s Top Ten Albums of 2020.

Sleaze Roxx stated the following in its review of Oathbreaker: “You may wonder how many relatively unknown bands make their way onto the Sleaze Roxx website. Most of the time, it starts with the bands reaching out to Sleaze Roxx (usually via e-mail) themselves with a song or two to be checked out. I must confess that the auditioning time can range from a few seconds for music that clearly does not fit Sleaze Roxx‘s musical scope to a full song for particularly cool bands. Boneyard definitely fall into the latter category as one listen to their single “Fates Warning” got them “coverage” on Sleaze Roxx and a paying customer since I ended up purchasing their CD Oathbreaker on the strength of that one song. The cover for Oathbreaker was very cool as well and a definite clincher for my purchase.”