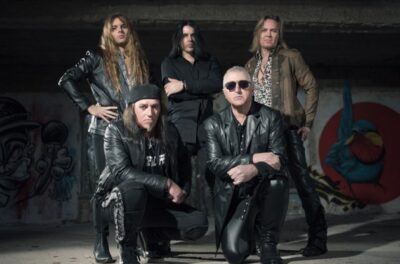 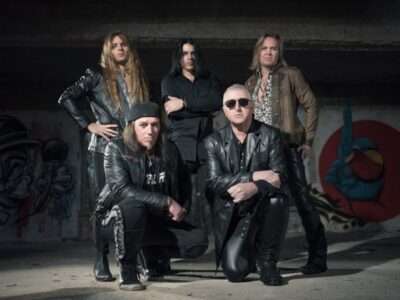 “German hard rock titans Bonfire have revealed their new vocalist. The band has joined forces with exceptional singer and frontman Dyan, who may be yet unknown but will immediately convince every heavy and hard rock fan!

“As most of you already know, Bonfire was in the process of re-recording the first 3 albums for a special Box Set to go along with the release of Hans Ziller’s book and a Bonfire documentary,” says bassist Ronnie Parkes. “At nearly the end of the recording process, Alex Stahl and Bonfire split ways.

Bonfire would like to welcome to the family our new vocalist Dyan. Dyan was born 31 years ago in Greece and currently lives in the UK. He is an incredible addition to the team and will surely bring Bonfire to new heights!”

Now, Bonfire has re-recorded the classic “Fantasy”, taken of their iconic 1987 – “Fireworks” album, while Dyan is showcasing his extraordinary vocal talent and giving the track a new, fresh sound and shape! Give Dyan a warm welcome and watch Bonfire’s official music video for the new version of “Fantasy” below.”