Earlier today, Bonfire announced that they had parted ways with their singer David Reece and reunited with former singer Michael Bormann. The following message was posted on Bonfire‘s Facebook page (with slight edits): 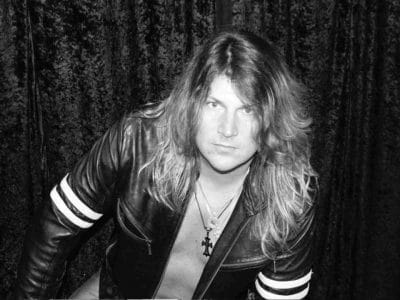 After two successful charting albums Glorious (2015) and Pearls (2016) and over 100 shows performed, Bonfire and David Reece part ways citing the reasons as personal and professional differences. These differences are irreconcilable so both parties decide it is best to just part ways. Bonfire wish him the best of luck in his future endeavors.

Returning to Bonfire will be former Bonfire singer Michael Borman (1993/94). Michael is a very accomplished singer in his own right. A seasoned veteran of Germany’s music scene and also well know for his appearances on the Television show “The Voice Germany”. This reunion of sorts with Mastermind Hans Ziller at the controls has all the ingredients for a truly incredible future.

With all the missing pieces finally in place this alignment will prove to be the strongest Bonfire ever.

Reece is best known for being the replacement for Udo Dirkschneider in Accept and appearing as the lead singer on the Accept album Eat The Heat, which was released in 1989.

Sleaze Roxx stated the following in its review of Bormann‘s last solo album Closer: “Closer is a very interesting and diverse experience from Bormann. It is neither a masterpiece but by no means either a flop. I can understand him wanting to try his hand at many different styles in his solo records considering that if you want to hear him singing straight metal or hard rock, you can go to other of the many projects where he has sang. Anyone who’s remotely interested should give this record a chance. It does require a few spins to completely sink in so bear that in mind.”