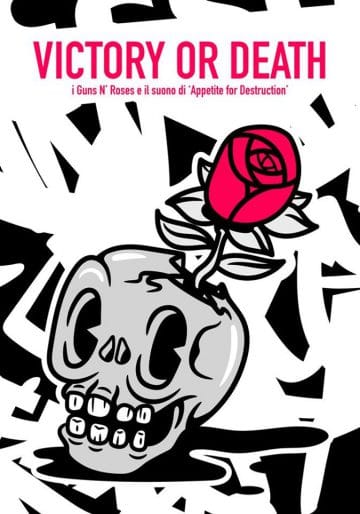 A new book titled Victory or Death – Guns N’ Roses and the sound of Appetite For Destruction has been penned by author Simöne Gall and a new US edition is now available for purchase.

The book was previously released in the Italian language and is now available in English.

Fuelled by a detailed chronological narration splitted into several time jumps, Victory or Death mainly focuses on the technical and musical aspects related to Appetite For Destruction, but also aims to investigate the background of what can be considered, in a way, the greatest debut album of all time, whose inviolability can be compared to that of other masterpieces such as Dark Side Of The Moon or Led Zeppelin IV. The volume includes a brief guide to the 20 ideal post-Appetite records, carefully selected by the author himself.”