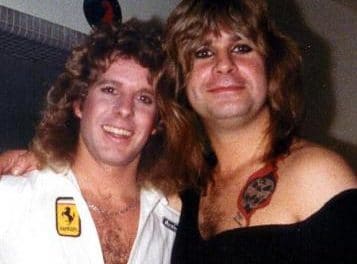 Night Ranger guitarist Brad Gillis was recently interviewed by My Global Mind and asked about funny Ozzy stories while he toured with the singer back in the day that he could share. 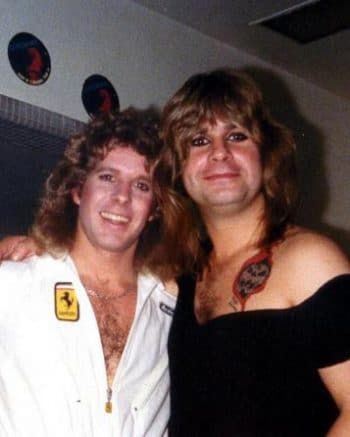 Gillis replied: “I’ve got a lot of great Ozzy stories. One, in particular, was playing Texas Jam in the summer of ’82 and playing in front of 80,000 people. We couldn’t find Ozzy for a couple of days prior to the show. When he did show up the day of the show, he had shaved his head, and Sharon was freaking out. Sharon said, “Oh, my God, Ozzy, we gotta get you a wig.” So the wardrobe lady ended up going out and buying a couple of wigs for him. She cut them to look like his original hair. That show Ozzy put ketchup underneath the wig. He proceeded to rip the wig off real slowly on stage. The red ketchup started coming down his face and it looked like blood. Imagine 80,000 people in the audience with their mouths wide open, thinking that Ozzy is ripping off his scalp. I have pictures of that from the side of the stage which my old guitar tech took.”

My Global Mind also asked Gillis whether he had ever written any songs with Ozzy or submitted material that wasn’t released, to which he replied: “Actually, the tour with Ozzy was so heavy in 1982 we toured the world twice over in those 9 months. We never had time to write. Towards the end of the tour, we recorded Speak of the Devil at the Ritz in New York. Shortly after that Rudy Sarzo quit because Quiet Riot got a record deal. Night Ranger had a pending record deal provided I rejoin the band. I rolled the dice and quit Ozzy and started touring with Night Ranger doing 200 shows a year. It was cool for me personally because in October 1982 they released Dawn Patrol and Speak of the Devil the same week. I was flying high off that. Going out on tour with my friends in Night Ranger was really where my heart was at. You have to remember what Ozzy and the band went through during the tragic loss of Randy Rhoads. They were pretty exhausted and needed to take a break. Being a young guy at 25, I was ready to go back on the road. Night Ranger had a great run until we broke up in 1989 after hundreds of shows a year, only taking a couple of months off a year to make a record; we were fried. We got back together and kicking butt ever since.”

You can read the rest of the interview with Gillis at My Global Mind.