Aerosmith guitarist Brad Whitford and former Ted Nugent lead vocalist Derek St. Holmes are teaming up to release a second album together and have announced selected US tour dates. 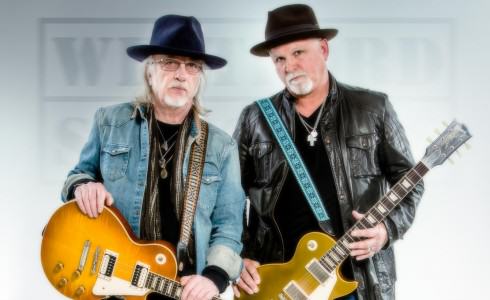 Whitford St. Holmes released their debut self-titled record in 1981. The album was followed by a tour, but soon after Whitford returned to Aerosmith and St. Holmes went to work again with Ted Nugent.

The duo’s second release is slated for early 2016, with a new single coming soon.

Aerosmith guitarist teams up with Ted Nugent vocalist from their solo album “Whitford/St. Holmes”-1981-Columbia Records. I do not own the copyright to this.