Brass Kitten‘s sophomore album Across America has been reissued with a bonus track via Demon Doll Records. 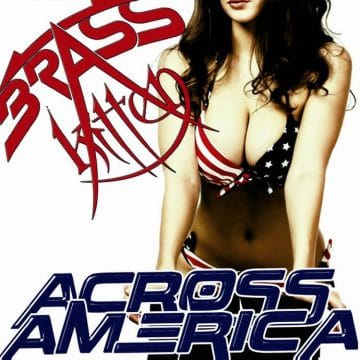 “Brass Kitten is back for round two! Once again teaming up with Demon Doll and Metal Legacy Records to reissue their sophomore effort ‘Across America‘.

Jam packed with everything a Hair Metal fan could ever want, this delicious gem opens up in the “Crossfire” and doesn’t let you out until the final notes of the never before released bonus track “Time To Say It’s Over.”

The Kitten bears its claws with the above mentioned killer tracks as wall as “Sweet Love Affair”, “Can’t Hold Back The Young”, “Bite The Bullet” and “Can’t Wait Another Day”. Highlighted by front man Steve Philbrook‘s outstanding set of pipes and John Jeremi‘s killer fret work, the boys bring it home in style to close out the Brass Kitten era with two excellent albums under their belts…if you don’t have a copy of their debut “E-Z ‘N’ Pretty” – do yourself a favor and grab both of these and relive the glory days of the 80’s and early 90’s.

If you are a fan of Skid Row and Bon Jovi, Brass Kitten definitely checks off a few boxes in that direction. Highly recommended listening!

This release is digitally remastered and repackaged in an eight page booklet with a full set of lyrics.

https://www.demondollrecords.com/products/brass-kitten-across-america-2019-reissue-bonus-track Lead track from the 2019 Reissue of BRASS KITTEN ‘Across Ameri…

Sleaze Roxx stated the following in its review of Brass Kitten‘s E-Z ‘N’ Pretty (reissued by Demon Doll Records in 2017):

“The one drawback with Brass Kitten‘s debut album E-Z ‘N’ Pretty, and even if it has been reissued by Demon Doll Records, is that the production sounds dated. But at the same time, that is part of the record’s charm as you are taken back to that very era. It reminds me quite a bit of the sound of an older Stryper album especially with all the high notes that Philbrook regularly hits. Keep in mind that E-Z ‘N’ Pretty was Brass Kitten‘s debut album so might well have been done on a shoestring budget.

If you are longing for the hair metal sounds of the late ’80s / early ’90s, Brass Kitten‘s E-Z ‘N’ Pretty will fill that need and more. The album has everything that was right about the hair metal period all rolled into one killer record. You can pick up the album directly from Demon Doll Records.”