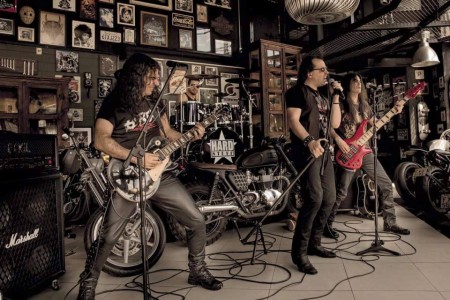 Brazilian rockers Hardstuff have released a video for their song “Hardstuff.”

The group’s upcoming gigs include: