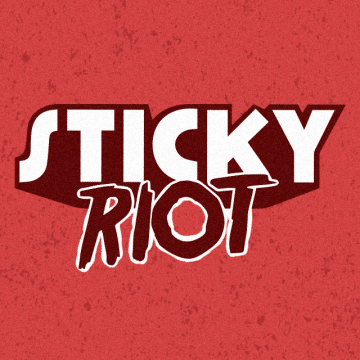 Speaking exclusively with Sleaze Roxx, Sticky Riot‘s rhythm guitarist and founding member Paulo “Goro” Roberto advised what prompted the group to be formed: “Well, in the end of 2014, I was writing a lot of songs influenced by ’80s hard rock bands and some new bands like Crazy Lixx, Hardcore Superstar, Jetblack and many others… I was lucky to find some people interested in doing the same kind of music i was interested to play, so we started to play in the beginning of 2015 but just established our line-up in April or May, when Henki — a guy that I met at an Iron Maiden gig in my town in 2011 — joined the band as our lead singer. He had some songs that we could use, so we went through some local shows and later this EP, and now here we are [laughs].”

With respect to how the name Sticky Riot came about, Roberto stated: “In the beginning of the band, I already knew I wanted to use Riot, cause I used to listen a lot to [Crashdïet‘s] Rest In Sleaze, and was a big fan of the track “Riot In Everyone.” So I texted a friend, “What do you think would be a great band name with Riot?” and he said “I don’t know; maybe Sticky Riot” simply ’cause he was listening to Sticky Fingers, the [Rolling] Stones album… There was also a coincidence on the political front in Brazil, as back in 2013, people were going in 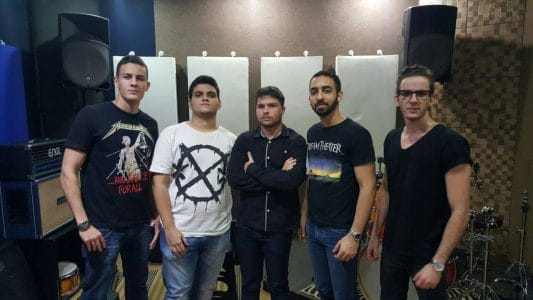 the streets and joining riots in a thing people called “jornadas de junco.” There were tons of people joining riots all across the country, and more and more people were joining them. I thought “Dude, that’s a sticky riot” and then I decided Sticky Riot could be a cool name.

In terms of how he would describe Sticky Riot‘s EP Dynamite, Roberto stated: “Dynamite is just the result of five crazy guys playing loud and fast. It had to be explosive in a bad or good way [laughs].”