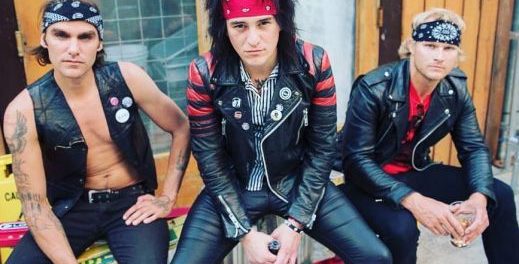 Yes. You read the headline right. In an interview with Sleaze Roxx‘s long-time contributor Ruben Mosqueda for Oregon Music News, each of the Portland, Oregon based Breaker Breaker band members were asked what we can expect from the band’s recently released debut album Wreckin’ Machine and how hard was it to put the album together as for content? 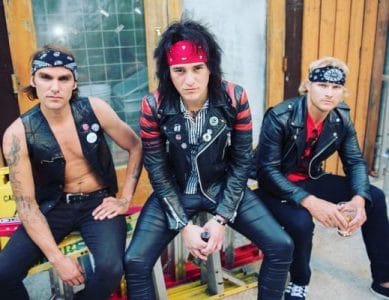 Breaker Breaker‘s drummer Tommy Thunders responded as follows: “You can definitely expect to have your face melted. That’s a given. People who have listened to our record have turned into werewolves, been driven insane, and cried tears of blood. And that was just that one guy. He’s now a crazed lycanthrope with blood streaming from his eyes. He comes to all our shows. It’s pretty great.”

Breaker Breaker‘s frontman and guitarist Timmy Rokket had perhaps a more plausible response stating: “This record is ‘fucking powerful.’ There’s not one song on it that isn’t a kick in the teeth. We’ve been working on it since March in Opal studios with producer Kevin Hahn. He’s a fucking genius. He produced Poison Idea‘s last record, And was hired by Scorpions to mix the drums on their last record. He’s is the perfect fit for us and what we’re trying to do. We spent about five months in and out of the studio doing this thing. We took our time with it to make sure that everything came out perfect. We didn’t want to rush anything and put out a half assed record. This record is going to make Tommy Lee and David Lee Roth shit each others pants.”

The band’s bassist E-Ryder also chimed in stating: “Balls to the wall, man! You’re gonna have to scrape your nuts off the ceiling one at a time after listening to it. And that’s just side one. Seriously though, I am very proud of this record and how it turned out. Everybody put 110% into, and you can definitely hear that while blasting it to eleven.”

You can read the rest of the interview with Breaker Breaker at Oregon Music News. You can pick up Breaker Breaker’s debut album Wreckin’ Machine at the group’s Bandcamp page.