Poison frontman Bret Michaels is no stranger to the world of television having starred in his own show Rock of Love with Bret Michaels and having won the NBC reality television series Celebrity Apprentice 3. Michaels announced earlier today that he will have a new television show called Rags To Rescue coming soon. 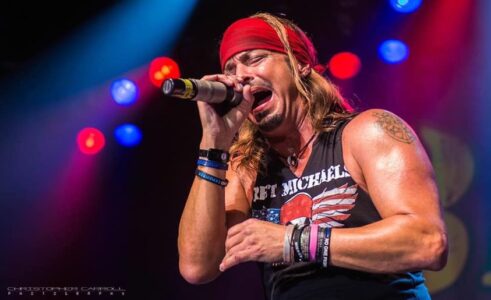 “We are excited to announce Bret Michaels’ new TV show “Rags To Rescue” coming soon. Currently in production it will feature stories of amazing pets, people and their unbroken fighting spirit. Highlighting incredible people willing to put in the time, effort and love it takes to go from rags to rescue. Bret is bringing nothin’ but a good time with good news to give hope and make you smile. Stay tuned to BretMichaels.com for updates. – Team Bret”

Wikipedia states the following about Michaels‘ television and film appearances other than Rock of Love (with slight edits):

“Michaels and actor Charlie Sheen established a film production company, Sheen/Michaels Entertainment, which produced the movie A Letter from Death Row (1998), in which Michaels wrote, directed and starred, and for which he released a soundtrack album. They also produced No Code of Conduct that same year, which Michaels also directed and acted in. Their company also produced the feature film Free Money, starring Marlon Brando and Mira Sorvino, and the surfer movie In God’s Hands in which Michaels also had a small acting role.

Michaels hosted the Miss Universe 2010 pageant along with Natalie Morales on August 23, 2010.

In 2020, Michaels competed as the Banana on the third season of The Masked Singer. He ended up in seventh place on April 22, 2020.”