While Bret Michaels has received his share of criticism for his solo albums, his many remakes of the song “Every Rose Has Its Thorn” and his penchant to only or mainly play Poison songs while touring as a solo act, the man also gives back to society in many ways and is a big supporter of many charities. 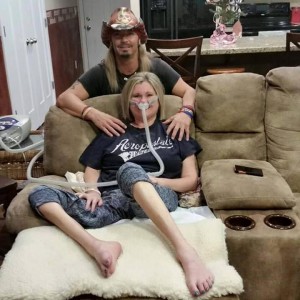 “Where’s my Brittany?” said Michaels as he walked into Brittany‘s home for the very first time.

Brittany: “It made my day.”

When ABC 4 last met with Brittany we learned she’s been struggling to survive with Lou Gehrig’s disease. In the past year, Brittany has lost 85% of her muscle and body movement. As well as her ability to talk and breathe on her own, but she was determined to be heard. 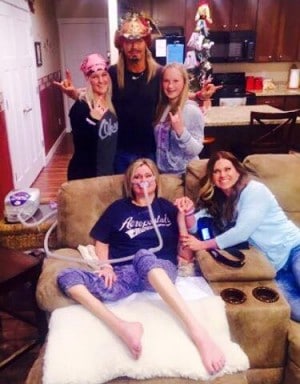 Good 4 Utah’s story asking about her one wish eventually made it to Michaels who just happened to be coming to Utah for a concert.

Unable to walk, meeting Michaels during his concert seemed impossible until the rock star said he was coming to her.

“When I first found out about Brittany I couldn’t wait to get here, that’s the truth. Besides it’s an amazing story. She’s an amazing human being and that inspiration goes from her to me. You know she talks about our music being inspiring to her, but to be honest with you she’s an inspiration to me,” said Michaels.

Michaels who has struggled with Type 1 Diabetes for the majority of his life, understands what it’s like to feel limited. He also holds a special place in his heart for Lou Gehrig’s disease. In the video above he’s seen doing the ice bucket challenge in honor of his close friend and Brittany is no different.

“I was beyond touched when you find out someone’s number one wish is to meet you. You hope you leave something awesome in your life behind and the fact that I inspired her life and the fact that she now inspires my life, that is a great day,” said Michaels.”