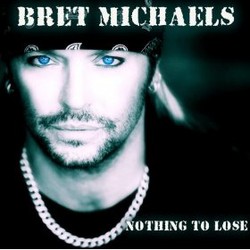 Poison front man Bret Michaels will preview another new song, “Lie To Me”, from his upcoming solo CD ‘Custom Built’ next Monday, February 15. Stop by BretMichaels.com to hear the track. The new ‘Custom Built’ album is due out later this year.

Last week Bret Michaels premiered “Nothing To Lose”, which can be purchased at both Amazon.com and iTunes.com.

Bret Michaels, the charismatic frontman & star of NBC’s hit show Celebrity Apprentice will be bringing his record setting solo tour across the United States this Spring!

Michaels, who is currently in the studio collaborating with Miley Cryus on the remake of the #1 hit “Every Rose Has It’s Thorn” a song which he wrote, as well as working on a new solo album to be released later this year, continues to break attendance records on his own with his high energy performances.

The Bret Michaels Band (B*M*B) is set to invade the Country this Spring and the dates are starting to be announced! Starting with the first three!

They are:
March 12 at The Venue @ The Hub in Fargo, ND
March 13 at the legendary Surf Ballroom in Clear Lake, IA
March 17 at Joe’s in Chicago, IL