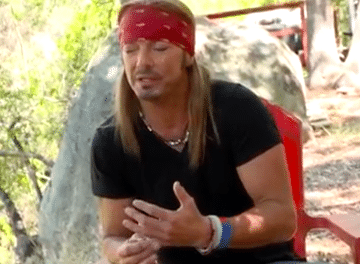 Poison frontman Bret Michaels appears poised to return to reality TV as a promo reel of a possible dating boot camp reality show called Love Camp has been released for 2018. The following was posted on Michaels‘ Facebook page earlier today:

“With Bret’s #LifeRocks #Holiday Fundraiser taking place now and his new #JingleBells single just around the corner, check out this promo reel of a project that may be coming 2018 @ https://youtu.be/NNZj7ybFfXE – Team Bret #LoveCamp ?? ?”

Speaking to the camera, Michaels advises (as transcribed by Sleaze Roxx): “I feel that right now in my life is a great time to have this Love Camp. I’ve been through a lot of life experiences. I feel that I can give them the pitfalls and land mines to help them find the right guy…. I’m going to admit the truth. I am not an expert of advice. What I am is a man that has lived a lot of life…. So I don’t come here with all knowledge but I come here with a sole purpose is to make them not only have a great date but an awesome relationship…. After being through a lot of dating, especially on Rock Of Love, being on the road from being a father, from every aspect and every angle that I can truly help these girls…. I’m going to put them through the wringer emotionally, physically. I’m really going to put them through the works — mind, body and soul. Giddy-up girls. Giddy-up.”

Wikipedia states the following about Michaels‘ Rock Of Love television show and his other television and film appearances:

“Michaels starred in the reality television dating competition series Rock of Love with Bret Michaels, the first season of which premiered in July 2007. Jes Rickleff was the winner of Season One. However, she announced during the October 2007 reunion show that she and Michaels were not right for each other and told runner-up Heather he was all hers and that he should have chosen Heather. The first season was released on DVD in early 2008. 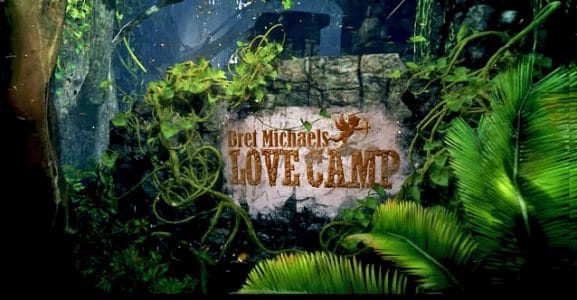 The show’s second season premiered on January 13, 2008. On April 13, 2008, Michaels selected Ambre Lake as his “Rock of Love“. After the show the two maintained a relationship, but parted ways after just a few months due to personal commitments, but they remain good friends.

A third season, Rock of Love Bus, premiered on January 4, 2009. which was a series high for VH1, Michaels chose Penthouse Pet Taya Parker as the winner. When asked about a fourth season of Rock of Love, Michaels said “Now they want me to come back for a fourth ‘Rock of Love.’ I feel that it should be something that changes up, but I still want that fun element. What you see is what you get with me.”

Michaels and actor Charlie Sheen established a film production company, Sheen/Michaels Entertainment, which produced the movie A Letter from Death Row (1998), in which Michaels wrote, directed and starred, and for which he released a soundtrack album. They also produced No Code of Conduct that same year, which Michaels also directed and acted in. Their company also produced the feature film Free Money, starring Marlon Brando and Mira Sorvino, and the surfer movie In God’s Hands in which Michaels also had a small acting role.

Michaels appeared on the 2009 Tony Awards, during which a he was struck in the head by a set piece. He subsequently sued the event’s organizers, claiming that the collision led to his 2010 brain hemorrhage. The suit is currently pending.

Michaels hosted the Miss Universe 2010 pageant along with Natalie Morales on August 23, 2010.”