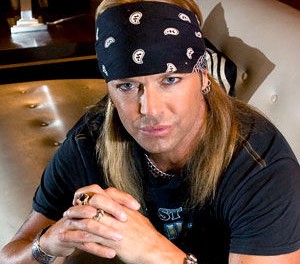 It certainly is a sign of the times that in this era, rather than pick up the phone and talk to each other, original bandmates of a well known but largely inactive band are making statements publicly on what they would like that band to do in the future. While a legendary group such as Guns N’ Roses are holding true to the old adage of communicating privately and keeping as tight lipped as possible on what the group’s former and/or original band members might do together, Poison are the opposite with frontman Bret Michaels and drummer Rikki Rockett both speaking out publicly on how they would like the band to get back together rather than simply seemingly hammering out the details privately between themselves. The good news about both making these public statements is that the group that they are both most famous for — Poison — seems on the verge of reuniting for select shows in 2016. 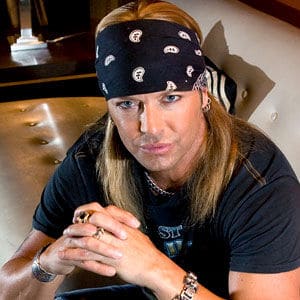 Poison‘s frontman Bret Michaels was recently interviewed by the Las Vegas Magazine on November 13, 2015 and he had the following to say about his former Poison bandmates and reuniting with them in 2016:

“My best buddies in Poison—this is a true story—we grew up together. We loved playing music together, we had a lot of battles, things that we fought against, and I’ll never forget that. I’ll always remember that, but the truth of the matter is as a solo artist there are a lot of things I’d like to do that I get a chance to do, instruments I get to play onstage, stuff that I can change. I think with Poison there is no doubt I still feel blessed to be friends with these guys. We still do a lot of touring together. We’ll co-headline with Def Leppard or Mötley, or go out there with Skynyrd or Kiss and do great shows, but the bottom line is as you go along with the band, different guys wants different things. I think that Poison, if you were to ask us directions to some place, we’re four guys that would give you four completely different sets of directions but we’d all end up in the same area. So the chemistry worked, and the chemistry works with my solo band in the same way. There’s a great energy there, and like I said most of the dates I’ll do will continue to be solo, but the Poison stuff I think would be great for this summer to have select dates for the 30th anniversary, and then the 31st year it would be great to go out with Def Leppard again or go back on the road with Kiss or Aerosmith, or so something amazing.”

[On Poison being offered a Las Vegas residency by next year] “We were supposed do it last year, and we wanted to do that. I think Poison would blow that away. I think with our show and our ability … again it’s two things. You want your visual show to be good but you still gotta have it in your heart, and passion as a person to make the show great. That would be the best of both worlds. I would love to do that for a couple of weeks so hopefully we can work that out.”

Poison and Devil City Angels drummer Rikki Rockett had first made headlines back on August 10, 2015 during an interview with Sleaze Roxx when he stated about the three other Poison members including himself waiting for Michaels: “It’s very frustrating and that is the main reason that I started Devil City Angels. I like to play and record music. That’s become a little bit of a problem recently (laughs)!” Rockett went on to add, “I just think… I don’t know for sure actually. I haven’t spoken with Bret in months and months. I just think that at this point in time, he just prefers to do his own thing. Bret has his own way of doing things and I’m getting the feeling that he’d prefer not to deal with the three of us if he can avoid it. Look, I’m making that up in my head. I can’t think of any other reason.”