Learn to rock with Kix! 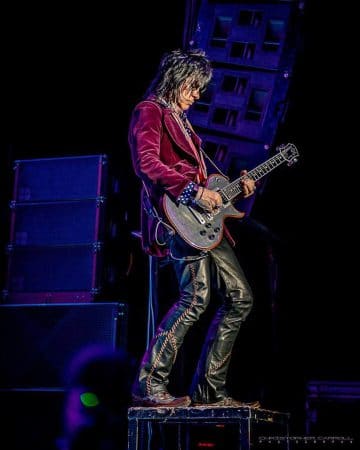 Kix have been around for decades. They experienced success in the ’80s with some energetic records like Midnight Dynamite and Blow My Fuse that were full of great songs. Like most bands, they broke up then got back together in 2003. Since then, they’ve been on a tear, gathering large numbers of fans at shows and playing festivals. They even released a new album in 2014, Rock Your Face Off, on Loud and Proud Records which garnered them the top album ranking for both Sleaze Roxx and its readers.

But the news today is that, in addition to playing concerts, original Kix members — lead vocalist Steve Whiteman, drummer Jimmy “Chocolate” Chalfant, and guitarists Brian “Damage” Forsythe and Ronnie “10/10” Younkins also teach their relative instruments at the Maryland Institute of Music in Hagerstown, Maryland. Brian Forsythe was the most recent member to join on this instructional path. In a recent interview published in LocalDMV.com, Forsythe said that, initially, he wasn’t interested in teaching since he was self-taught but now he enjoys showing students things and seeing them start to figure things out.

An interesting thing about Maryland Institute of Music students is that the students not only get to learn how to play their instruments but the school also puts bands of students together to give them the experience of playing with other musicians. An added bonus is that, this Friday, June 28th, the students will actually get to play with Kix! The show will start off with Kix playing some of their own songs and then, the band members will split up and join students as members of their bands and play songs with each individual band. Talk about an amazing experience!

Don’t go looking for tickets or standing in line. This show is not open to the public. It’s strictly for students and their families but if you want to sign up for lessons with any of the members, simply contact the Maryland Institute of Music at (240) 452-1920.  Lesson times are limited as the band members work around their touring schedule.