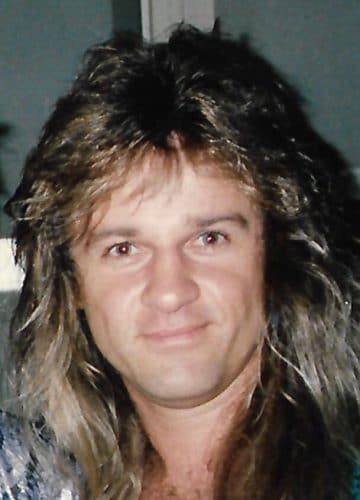 In an interview to be posted soon on Sleaze Roxx, Helix frontman Brian Vollmer spoke about drummer Greg ‘Fritz’ Hinz returning to the line-up earlier this month after the latter fell from his home’s roof and sustained a fracture to his skull back on November 12, 2018. Hinz was rushed to a hospital and placed in an induced coma.

In terms of whether Hinz has fully recovered, Vollmer opined: “Well, I don’t think that he’s 100%. He still doesn’t have his hearing back in one ear. He doesn’t have his sense of taste or his sense of smell. He told me that he still gets vertigo at times i things are too loud. So probably, the answer is no. Will he ever be at 100% again? I don’t know. Hopefully, his hearing, taste and smell will come back but there’s no guarantee when you have a major brain injury like he had. You know, he had a skull fracture where he had bone fragments went into his brain.”

With respect to whether Vollmer thought that he might have to find a new drummer to replace Hinz, the singer indicated: “Well, I thought that he was going to die! I mean, I had no idea if he was going to come back. We had Jamie Constant playing with us for the March dates and I actually had Jamie booked on flights to Barcelona [Spain] for the summer and that. I was quite shocked when Fritz was like, ‘Oh no, I’ll be back by June.’ I couldn’t change the flights for Fritz for Sweden because there were no other flights coming in at that time so we are going to be using Jaime in Sweden but Fritz will be in Barcelona with us. We are actually taking Jaime along [laughs] because I told him that he was going to Spain and I didn’t have the heart to tell him he wasn’t so Jaime is coming along.”

Stay tuned for the rest of the Sleaze Roxx interview with Brian Vollmer, which will be posted soon.