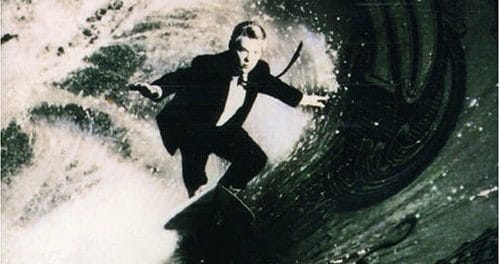 The Covid pandemic may be causing havoc with Helix‘s show scheduling but frontman Brian Vollmer still has a lot of things in the works including a new album titled It’s A Pleasure Doing Business, which is derived from Helix‘s record It’s A Business Doing Pleasure, which was released back in 1993.

The following message was posted by Vollmer on Helix‘s Facebook page earlier today (with slight edits): 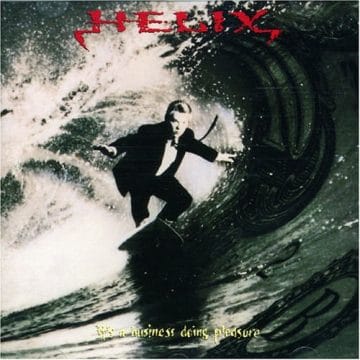 “Haven’t posted in awhile as things have been crazier than usual because of COVID. The latest kerflunkel was our dates out west in Provost, Alberta (private party) and in Winnipeg (The Bulldog Events Centre). This week Alberta cracked down as COVID cases spiked, leaving poor Chris (the buyer in Provost) with little option but to postpone the gig yet a third time-hopefully next May.

The cancelation of this gig meant changing all the flights out and back, plus the connecting flights between Winnipeg & Edmonton. These dates and flights have changed so much since we started into this I’ve lost track…First it was the initial cancelation in 2020. Instead of cash back the government allowed the airlines to give me credits to fly to……??????????????? When I finally got a chance to use some of these credits it took hours to get through on the telephone-more waste of time. When the restrictions started to get tighter, Bernie Aubin, my agent asked me straight out if everyone was vaxxed because it was going to become a requirement. The writing was on the wall.

At that point Gary Borden decided to bow out, which led me on a hunt for someone to fill in on the Provost and Winnipeg gig. Enter Gerry Finn, from the Killer Dwarfs; a guy who’s played with us before, and who we know is an accomplished player, singer, and gentleman. However, when it looked like Bernie might have a date with THE Killer Dwarfs late in the fall, we immediately decided he couldn’t do that gig for obvious reasons. At that point, enter Mark Chichken. Mark is a face melting axe meister and blues singer extraordinaire from Windsor’s “United Snakes” who played for several years with us in the mid 90’s. Then things got tight again and that scared off all the casinos for awhile in regards to booking.

So now we sit and wait….

Everyone is getting sick and tired of getting amped up, spending time and money, and then having government close everything down again. In October Lynda and I hope to go to our home in Fort Myers until next May. Once there I’ll be turning my attention to sifting through the interviews Jay Panaseiko and I have already done on The Golden Age of the Canadian Bar Circuit. 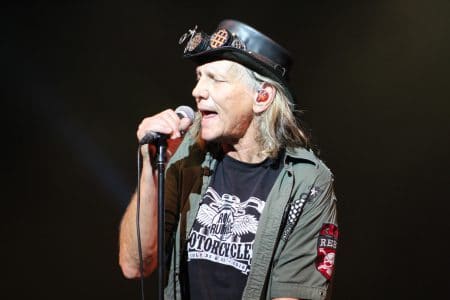 Even though live dates have gone down the shitter for awhile, it doesn’t mean WE aren’t working on things. Presently we have one song in the can (“Not My Circus Not My Clowns”), another half done (“Brother From A Different Mother”) and more in the process of being written. As well, Daryl has been recording two Brian Vollmer/Mark Ribbler songs that were written around 1993 – “Still Got That Look In Your Eyes” and “Hungover But Still Hanging In” (not to be confused by the Sean Kelly/Brian Vollmer song which appears on Vagabond Bones).

Next year I will be releasing “It’s A Pleasure Doing Business“, a take on “It’s A Business Doing Pleasure.” That album, written in the early 90’s, was meant to be my solo album-and NEVER meant to be a Helix album. I take the blame for this. I should never have let myself be talked into it. In the end, it was this disagreement between myself and management in regards to direction of the band that led to a painful parting of myself and William Seip. However, Bill and I remain friends to this day and talk frequently with each other.

It’s A Business Doing Pleasure was a very commercial album and I was very proud to have written songs like “Tug O’ War” and “That Day Is Gonna Come.” My idea with It’s A Pleasure Doing Business is to take some of those songs and combine it with other songs I’ve written with Sean Kelly – songs like “Best Mistake I’ve Never Made” and “Angelina”, which is only available on the now discontinued four song EP Skin In The Game.

The thing is – I’ve got plenty of Helix music I could release on vinyl-stuff that’s never been on vinyl before and other music that I own but has been discontinued: stuff like Breaking Loose, White Lace & Black Leather, Back for Another Taste, Old School, Bastard of the Blues, The Helix Christmas album. In the case of Helix music NEVER released on vinyl before: Half Alive, Rockin’ In My Outer Space, When Pigs Fly, Live! In Buffalo, B-Sides, Vagabond Bones, The Power of Rock and Roll, and It’s A Business Doing Pleasure. I got enough music to keep me going for the next 10 years – 20 if you count all the music Rob Bursey has been recording off my all night cassette tapes. LOL.”