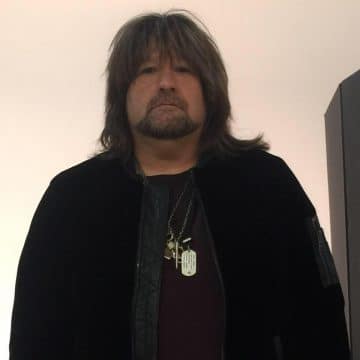 Wheat‘s comments during his interview with Total MK included:

“For someone to say this new record sounds like Def Leppard and Phil fucked up the band?

“Fuck you is my attitude.

“We’ve always been influenced by Def Leppard, by The Beatles, by Aerosmith, AC/DC and a little bit of Queen.”

Wheat has now posted the following two comments in the last hour below Sleaze Roxx‘s Facebook post about its article yesterday: 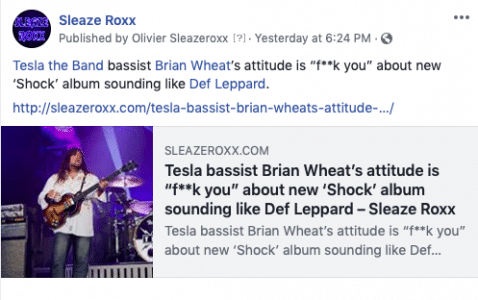 But what you have to remember is things change…..

All I’m saying is we always sounded like Def Leppard…..:and Aerosmith and led zeppelin ….. so you can believe a website called “sleeze rock”
Or me about tesla

Comment #2: “And one more thing the guys in tesla happen to love Def Leppard 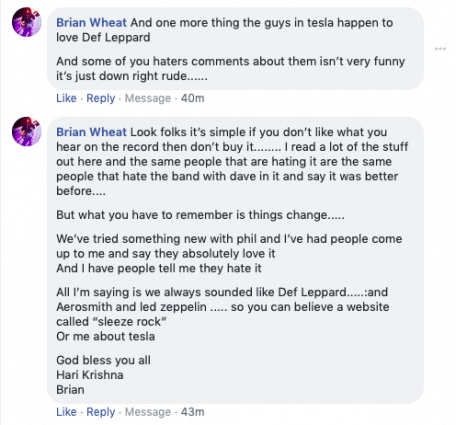 In terms of how Sleaze Roxx feels about Tesla, Sleaze Roxx‘s review of the band’s Mechanical Resonance Live says it well:

“Back when I was a young lad fully immersed in heavy metal music, my family had a slightly older lad from Europe come to visit for two weeks. That European visitor brought his favorite albums including U2‘s The Joshua Tree with him to Canada. With only one stereo system in my family’s home, we both grudgingly took turns putting on our albums of choice and listening to the other’s selections. At the time, I must have just bought Tesla‘s debut album Mechanical Resonance (on vinyl) because that is pretty much all I played for the two weeks that my European friend was at our family home. The Tesla versus U2 debates raged on furiously for two weeks and at the end of my European friend’s stay in Canada, he admitted that Tesla had grown on him and they were quite good. I on the other hand, being stubborn and not wanting to acknowledge any music but hard rock / heavy metal, refused to throw any bone towards U2‘s way.

Thirty years or so later, Tesla‘s Mechanical Resonance is still a kick ass album with the songs having withstood the test of time.”