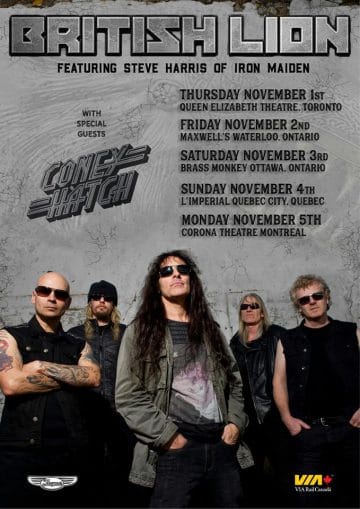 Canadian fans of Iron Maiden may have to wait until 2019 before the heavy metal pioneers come back to play live shows in Canada but at least Iron Maiden bassist Steve Harris will be touring Canada in 2018 as the bassist’s side project British Lion has announced their first ever Canadian tour dates from November 1 to 5, 2018.

British Lion have released one self-titled album thus far and are reportedly working on their sophomore record.