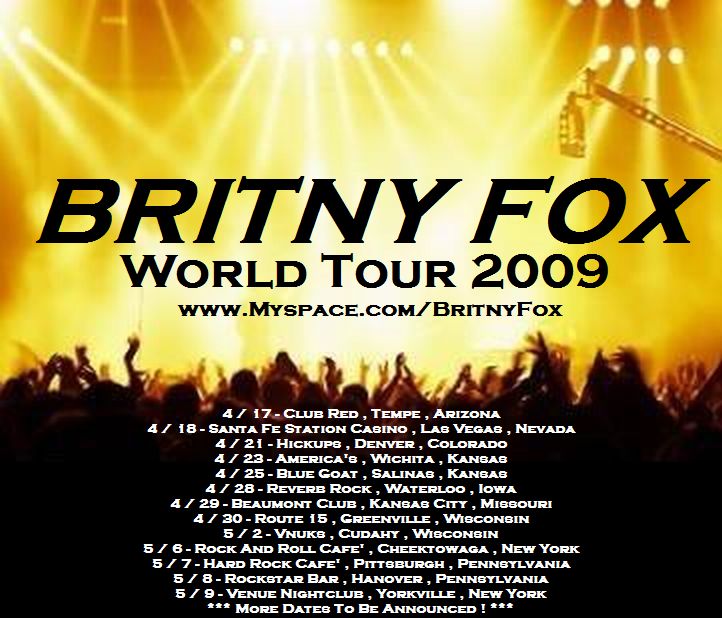 “Well my friends it’s that time of year and a busy year it’s going to be. The first batch of tour dates are posted with many more to come. The band will be all over the globe as the year progresses. We’re looking forward to getting over to Europe again . On the menu for this year is also South America , Japan and a long trip over to Australia if all goes well.

My solo cd with my band THE EDEN PROJECT is almost finished and will be released this summer with a tour to follow. This cd will be available through iTunes as well.

I’ll also have a compilation cd for sale out on the road with me. This cd contains songs from various artists that I have toured and / or recorded with. It will also have promo audio clips of the new BRITNY FOX single and the new EDEN PROJECT single .

As always your continued support is greatly appreciated!”