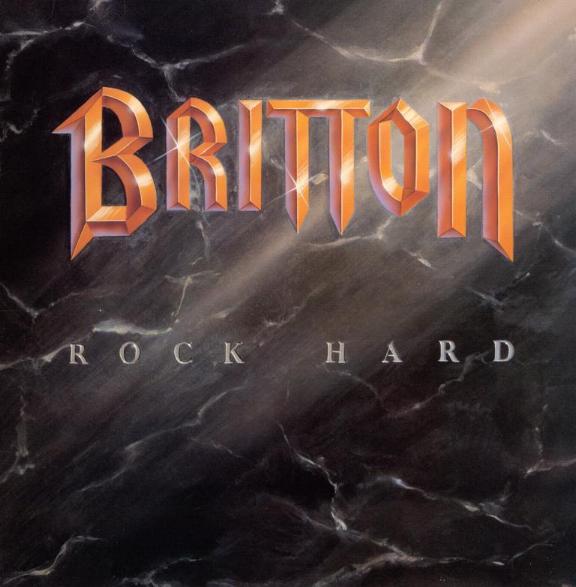 Z Records are proud to announce the signing of an agreement that finally allows the underground classic hardrock debut from Britton “Rock Hard” to finally be released on cd format. The remastered version featuresall ten original track plus ten bonus tracks!!!!

Originally release during 1988 via a CBS sub label, this album should have taken the band onto bigger thingshowever music industry politics put a stop to that.

The band recorded demos at The Record Plant which were featured on “Ten Best of the West”, a Rhino Records compilation of the10 best yet unsigned bands in ’87. At this time, Greg Chaisson had left and was replaced by Skip Frank. The Record Plant demoand the Rhino compilation album resulted in a deal with TSR Records, a sub to the CBS label. The bandreleased their highly acclaimed LP “Rock Hard” in 1988, singles lifted from the album achieved extensive radio coverage allover the states, and the album received fine reviews from most respected rock magazines at the time.

2008, for the first time ever, we will have the chance to listen to 20 amazing Britton tracks on CD format supportedwith the original artwork, pictures, lyrics, comments by front men Mike and Jim of the band and a sound that is betterthan ever. Britton where definitely a band that deserved much more success than they gained back in the day when relativelymany melodic rock bands sold gold and platinum in the US , but with this release their classic “Rock Hard” album will finally get its worthy reissue.