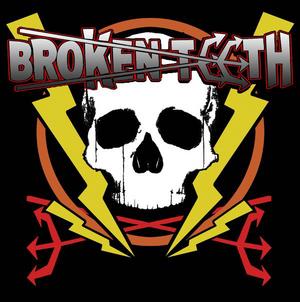 New songs from the album will soon be posted on Broken Teeth’s myspace page at www.myspace.com/brokenteeth

In August the band stated, “Broken Teeth is hammering out a new album that will crush like an anvil when it lands at the end of the year. Titled ‘Viva la Rock Fantastico!’ and featuring guest vocals by Canadian rock-n-roll killer, Danko Jones, the album is a fireball of scorching new tracks, including “Exploder,” “Spitting Nails,” “Blackheart” and the spiked-with-tequila title track. As always, Broken Teeth will screech their rock-n-roll sermon to the metal church faithful when ‘Fantastico’ ignites a case of road-hard, white line fever across the U.S.A. and beyond. If you bow at the altar of Rose Tattoo, AC/DC and Rhino Bucket, you’re gonna scream for Broken Teeth.”

In a recent interview with Sleaze Roxx at https://sleazeroxx.com/interviews/jason-mcmaster-interview/, Jason McMaster had this to say about the upcoming CD, “So, our newest record, ‘Viva La Rock, Fantastico’, is in the can and we are waiting on artwork and liners, but the material is the first time I wrote without Paul as he left the band in 2006. He was replaced by Dave Beeson who played on Electric and he wrote some great riffs for the Viva record. Jared Tuten wrote a few kick ass riffs as well for Viva and then a lot of the riffs, about 70 percent, were done by yours truly. We had a blast puttin’ this record together. We wrote about 30 songs and tracked 20 of them, narrowing it down to 13.”.