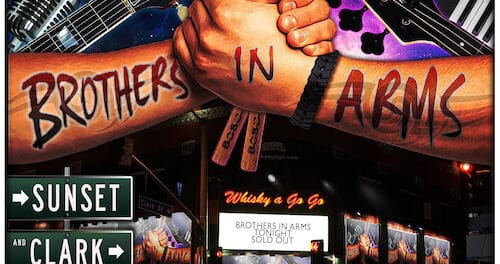 Brothers In Arms is a project spearheaded by Jack Frost that features many musicians and that will be releasing its debut album Sunset And Clark in the fall of 2021. 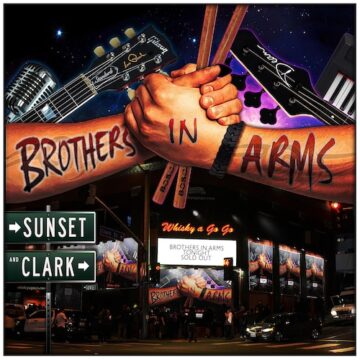 Deko Entertainment‘s website indicates in part the following about Brothers In Arms:

“Meet BROTHERS-IN-ARMS, the brainchild of guitarist/composer Jack Frost (Savatage, Seven Witches, Bronx Casket Co., Jean Beauvoir, Aldo Nova), who along with several recruited iconic rock brothers, has made it his mission to prove rock music will never die. The guys unified to take a stand against the doubters and cynics who have claimed that it’s simply not possible to resurrect this celebrated music in which so many lasting and fond memories were built around. Banding together, Jack & the Brothers forged ahead with one main goal: To make quality music that would both represent and immortalize the days of the sold-out legendary rock venues, to show the world that rock is not just a thing of the past.”