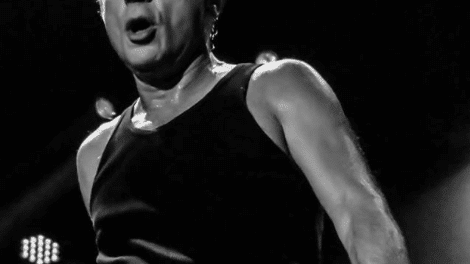 Tough news for Iron Maiden‘s lead vocalist Bruce Dickinson as the singer is reportedly potentially facing a divorce battle with his wife of 29 years over his £90 million fortune after splitting from her and moving in with a “super fan.”

Excerpts from the article from UK’s Daily Star indicates: 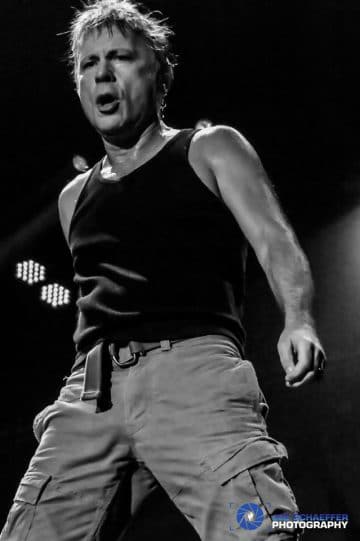 “The frontman for heavy metal group Iron Maiden could facing a multi-million pound divorce battle with his wife of almost 30 years, it has emerged.

Divorce proceedings had not begun but it has now been revealed the rock star has moved in with ‘superfan’ Leana Dolci, a blonde fitness instructor 15 years his junior, at her Paris home.

Should Dickinson or his estranged wife file for divorce, the 61-year-old could face seeing his £90million fortune carved up between the two parties.”

You can read the rest of the article at the Daily Star‘s website.

Austin Dickinson was the lead singer in metalcore band Rise to Remain until their break-up in 2015, at which point he formed a new group, As Lions. Griffin Dickinson, who previously worked as a stage carpenter for Iron Maiden during their tours, is the vocalist in melodic hardcore band SHVPES (formerly known as Cytota). Dickinson‘s cousin, Rob Dickinson, was the lead singer of British alternative rock band Catherine Wheel and founded Singer Vehicle Design who specialises in upgrading classic Porsche 911s.

In an interview with Sarah Montague for BBC‘s HARDtalk in 2012, Dickinson agreed with Montague‘s description of himself as a conservative and a eurosceptic.

In 2015, Dickinson underwent seven weeks of chemotherapy and radiation therapy for a cancerous tumour found at the back of his tongue. Dickinson‘s medical team expected him to make a full recovery as the tumour was discovered in the early stages. On 15 May, Dickinson was given the all-clear by his specialists.”