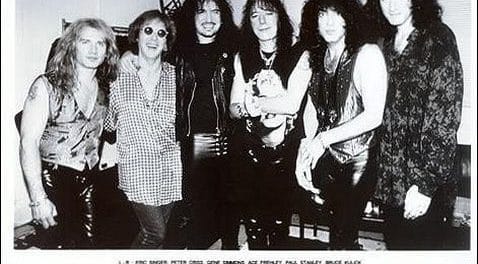 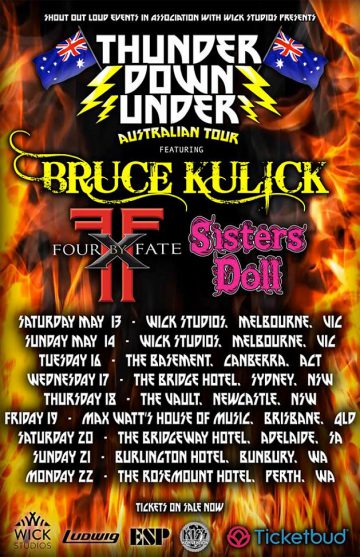 With former KISS guitarist Bruce Kulick on his way to Australia for the 2017 KISS Convention and his own Thunder Down Under Tour from May 13 to 22, 2017, he was interviewed by Rock N Roll Damnation.

In terms of whether he knew that his time in KISS was coming to and end when the Unplugged show was about to take place on August 9, 1995, Kulick stated: “The truth was not really ever kind of revealed for a few reasons. I was aware that MTV thought that it was really important that if we did KISS Unplugged that they get the scoop of a reunion, that they get that icing on the cake. But that was only a quarter of the evening, but it was the one that got all of the attention press wise, and that matters because it means money, it means sales and all of that stuff. Behind the scenes, unknown to MTV, unknown to me and Eric Singer was the fact that they were negotiating with promoters that had gotten wind of a reunion on TV, so why wouldn’t there be a reunion tour? I didn’t know that the writing was on the wall even though I was a little uncomfortable, but Gene and Paul obviously had a plan that should the original band have some difficulty working together or animosity towards each other or if someone wasn’t willing to do it KISS would have continued with Eric Singer and myself. But apparently, and I think what I understood was, shortly after or while they were trying to put together the Unplugged thing, even though that was not the reunion tour, it was a reunion on stage in front of the world so they were feeling offers. Life is political and so is business, there was a lot going on behind the scenes, just like in our political world and everyday business’, it was really interesting.” 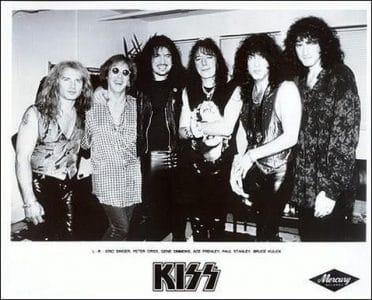 Kulick was also asked to speculate what if KISS had toured behind 1997’s Carnival Of Souls and what songs from that album would have made it onto the band’s setlist. Kulick replied: “Interesting questions right there. I do know and what is interesting is that we continued doing the record even though Gene and Paul were continuing to make plans for a reunion tour the whole time. That was really smart of them because they also had this thing in the back of their mind; well what if it did all fall apart or there was a problem with the agreement that didn’t enable the reunion to happen. The version of KISS that I was in was a very functional band, so they kept both things going and it was early in 1996 when Gene and Paul talked to Eric and I about what their plans were, that they were going to announce the reunion in March. They paid me for a year so that was good for me to get my life together and make plans for my future. It was very successful for them and they have remained in make up since, look at that (laughs)”

You can read the rest of the interview with Kulick at Rock N Roll Damnation.