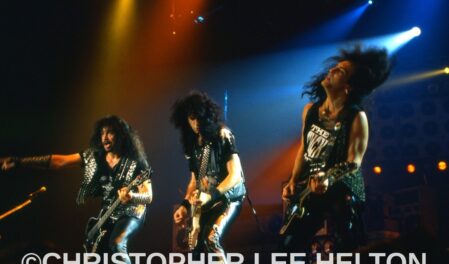 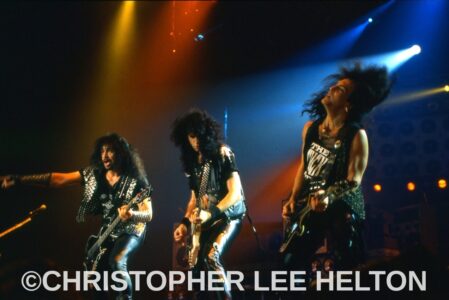 Daly opined that Union fell into a gray area commercially to which Kulick replied:

“Yeah, I think that’s fair. I think we had some great things going for us meaning; okay, you’ve got two guys that are known for being in some other big bands, but both of those bands moved on in a very big way. Mötley Crüe finally refound themselves with Vince Neil and they started to rebuild that, and KISS certainly went on to do something incredibly huge by being back in makeup. And when that happened, it just left my era in complete disarray, and in some ways, it made my whole era inconsequential. Of course, time has been very kind to my era of KISS and now my years are much more revered and respected, but at the time, when Union was coming out, it didn’t mean it a whole lot. And again, we were just lumped into that category of the old guard in an era when the new guard was in, and so we just didn’t get a break. If we had gotten a tour with one of those bulletproof bands who no matter what the flavor of music is, you know, let’s say an Alice Cooper tour or something, we would have maybe had some exposure. But we couldn’t gain traction, and we didn’t get offered any significant tours like that. And that made for a very hard road to travel, and eventually, of course, made it impossible to continue.”

In terms of his interplay with Corabi as a guitarist compared to with Paul Stanley in KISS, Kulick indicated: “Well, in some ways, John is more similar to Paul, in the sense that, as you probably are aware, Paul can play some leads, but it’s just he’s not super fluid on lead guitar. And Paul knows that but there are songs from the KISS catalog that he chose to play the lead guitar on, not so much in my era, but certainly in the makeup days. Now, John could probably pull off a solo, and he’s been doing some soloing on his more recent solo material, but he isn’t as fluid as me. So, I always respected John, especially as a strong rhythm player, who could come up with parts and write great riffs, but as a lead player, he just wasn’t as fluid. That doesn’t make him a bad player by any means, but he’s not going to be featured as a lead guitar player in the band. I mean, take The Beatles for instance; John Lennon played very uniquely, and he sometimes was the lead guitarist, so that’s sort of how I’d view it. With that being said, it didn’t come up for us in Union for me to be like, “Okay, John. Now you take the lead, go ahead.”“

You can read the rest of the interview with Bruce Kulick at Vinyl Writer Music.