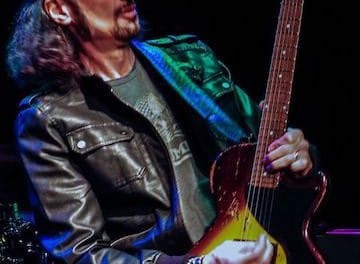 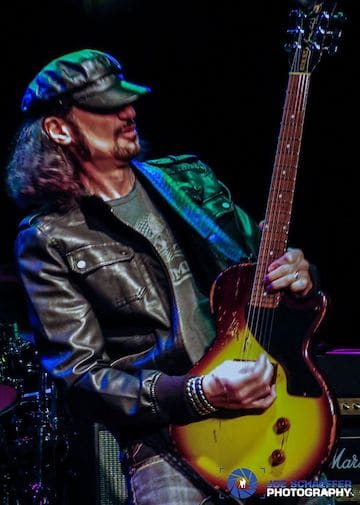 Bruce Kulick has joined an exclusive club previously only occupied by Paul Stanley and Gene Simmons as the only KISS members or ex-members to play live with all KISS members at one point or another. KISS members over almost 50 years have consisted of Stanley; Simmons; guitarists, Ace Frehley, Vinnie Vincent, Mark St. John, Kulick and Tommy Thayer; and, drummers Peter Criss, Eric Carr and Eric Singer. Kulick played one track with Vincent at the inaugural Creatures Fest in Nashville, Tennessee, USA on May 28, 2022 before the duo was joined by Ace Frehley for two more songs.

Kulick shared his experience at the Creatures Fest with Ultimate Classic Rock and some excerpts are as follows:

Kulick admits that there were a series of challenges that came up early on. Initially, he had agreed to play with Vincent for one song, “War Machxine” from 1982’s Creatures of the Night. Conversations with Frehley’s manager followed and Kulick agreed to stay on stage with both Frehley and Vincent to play on “Deuce” and “Cold Gin.” But Kulick says he and Frehley learned just an hour before performing that Vincent wanted to play with a backing track.

“I know how he feels about drummers too, because every time I hammered [a member] of his team about, ‘Why can’t we have a drummer?’ he’d be like, ‘He only likes two drummers, Eric Carr and a drum machine,’” Kulick adds. “Well, I guess that means we’re playing with a drum machine because, sadly, Eric Carr is not alive. If you notice sometimes, all of those drums are an exact imitation of what Eric might have played. I think that was done intentionally too for him.”

You can read the rest of the article / interview with Bruce Kulick at Ultimate Classic Rock‘s website.