BRUCE KULICK WILL RELEASE FIRST SINGLE, “HAND OF THE KING”, IN JANUARY 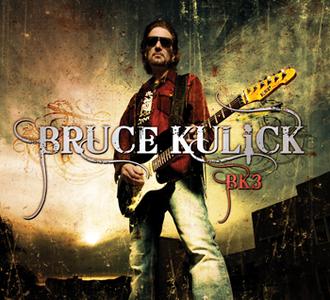 On January 12th, legendary Kiss axeman Bruce Kulick will release Hand of the King, the first single from his 3rd solo LP, BK3, due on February 2nd. The single features vocals from Nick Simmons, son of Gene and star of the reality series Family Jewels. KISS icon Gene Simmons himself appears on the track Ain’t Gonna Die. The album features additional appearances by some of Bruce’s closest friends, including: John Corabi (Motley Crue, Kulick’s own Union), Knack frontman Doug Fieger, Toto guitarist Steve Lukather, Edguy power metal stalwart Tobias Sammet and even current KISS drummer Eric Singer. Could you let your readers know about the single coming in a few weeks? Thanks in advance for your help!

“Many albums lack cohesion with different vocalists, but I know that my guitar playing is the glue on BK3,” Kulick says. “There was the clear goal of making absolutely the best record that I could put together. I feel like this is my Revenge.”

In a recent interview with Sleaze Roxx at https://sleazeroxx.com/interviews/bruce-kulick-interview/ Bruce had this to say about the new CD, “The album evolved as it was being put together. Initially I had a group of songs that all fit together, some were heavy and some were pop. The first batch of ten featured a bit too many pop songs. In the end, once we got Gene and Nick Simmons involved on the record, the formula changed. It was at that point that I thought we needed to not have as many pop songs on there and pick up everything up a notch.”

BK3 will be released February 2nd on Fanboy/Rocket Science Ventures