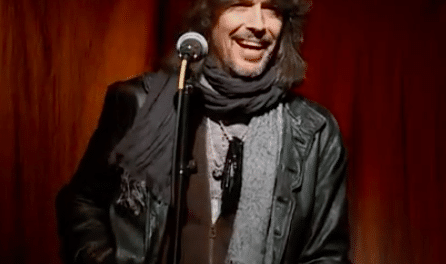 Ravel was asked about who else besides Paul Laine auditioned to be in Danger Danger when Ted Poley originally left the band in the early ’90s. 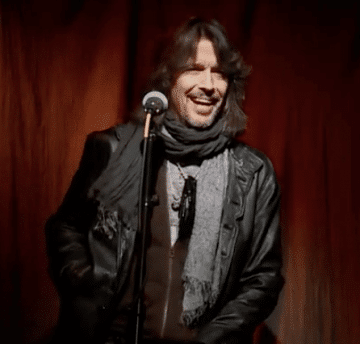 “Kelly Hansen from Hurricane and Foreigner. What we did was — we didn’t really have a live playing with the band kind of thing. What we did was we sent out some songs from Cockroach without the vocals on them and obviously gave them the songs with the vocals as well and said, ‘You know, go on to your, whatever it is, grab a microphone and just sing to the songs!’ And so he sent us — Kelly, uhh, I forget how I was introduced to him, but I met him obviously back in the day, when Hurricane was on tour. I think our paths crossed a few times. He was not in Hurricane, and I called him and told him that we were looking for [a] vocalist and blah blah!”

You can listen to the interview with Bruno Ravel by Tyson Briden for the Non-Stop Rock Talk with Tyson Briden on Buzz Sprout‘s website.

Wikipedia states the following in part about Hansen (with slight edits): “Kelly Hansen (born April 18, 1961) is an American singer, best known as the current lead singer of the rock band Foreigner. He started his career as an independent studio singer. He later met guitarist Robert Sarzo and bassist Tony Cavazo (brothers of Rudy Sarzo and Carlos Cavazo, respectively, of Quiet Riot fame), with whom he formed the hard-rock band Hurricane in 1984. Hurricane would achieve some moderate commercial success throughout the mid-to-late 1980s and into the 1990s. However, Hurricane‘s record label went bankrupt in 1991, and the band disbanded shortly thereafter. Hansen continued to make music, recording as a guest and session singer for many projects, including Slash’s Snakepit, Fergie Fredriksen, Don Dokken, and Bourgeois Pigs. In 1998, Hansen joined the band Unruly Child replacing vocalist Mark Free. Unruly Child recorded a new album which was released in early 1999. 2001 saw the return of Hurricane with an altered line-up and new album, Liquifury. In 2003, Hansen joined forces with Fabrizio V.Zee Grossi and recorded a self-titled album under the band name Perfect World. Hansen then went on to join Foreigner in 2005 after Lou Gramm left in 2003 due to continuing conflicts with Mick Jones.”