Brazil old school thrash rockers Brutal Order released an EP titled Homo Homini Lupus back in or about September 2018. The band’s EP can be purchased via Bandcamp. 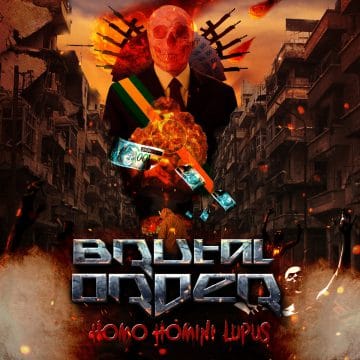 The group’s “Story” on its Facebook page states: “After the closing of the Firetomb activities in early 2017, former members Randal Silva (guitar), Luciano Silva (Lulu Batera – drums) and Risaldo Silva (bass), return the activities with the proposal to set up a new band with a sound a little different. After some tests, they meet Tiago Xaves, lead singer of the band Transylvania, who has a voice that fits perfectly in the proposal. That’s how Brutal Order is born. Immediately, they finalize the composition of the songs and are currently about to finalize their debut EP “Homo Homini Lupus” (man wolf man), which has its lyrics focused on criticism of all the bad things that have been happening in our country / world.”