Bryan Cole no longer the lead vocalist for SteelCity

SteelCity, who released their debut album Fortress via Kivel Records back in March 2018, have lost their lead vocalist Bryan Cole.

Cole informed Sleaze Roxx as follows: “Just wanted to inform you and your readers that for personal and creative reasons, I am no longer the lead vocalist for SteelCity.” 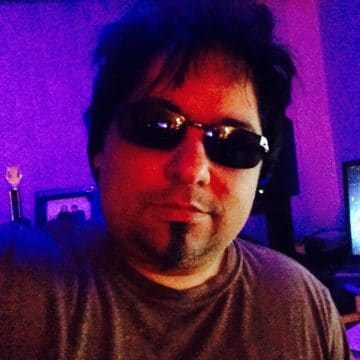 Sleaze Roxx stated the following in its review of Fortress and in particular Cole‘s singing:

“Putting on my melodic rock hat, the album’s songs are very well constructed, the background vocals are well executed, the melodies are there for easy sing alongs and there’s a real feel good vibe to the record. I think that you could give Cole just about any song and he would magically turn it into a melodic rock gem. The man has a great voice and I can understand why Floros decided to do an entire album with him rather than I believe his original idea of bringing in guest singers to do a solo album. Hell, I even like the faster paced ballad “Someone Like You” and that is largely due to Cole‘s powerful voice. My favorite songs on Fortress are the harder edged “Passing Ships” which has a real U2 / Edge guitar feel to the verses and the cover of Vinnie Vincent‘s “Back On The Streets.” There is not one weak track on the album largely because Cole is such a good singer. He could probably rescue and make palatable any song that he was given to sing.”

Sleaze Roxx interviewed SteelCity founder and guitarist Mike Floros back in February 2018. Floros was asked what it was like working with Cole to which he replied: “That guy? Oh man, where to begin? First, for a guy with immense talent, he’s such a down-to-earth dude. You don’t come across many people in this life that are that genuine and, much like Johnny Lima, he was truly a musical brother from day one. I initially reached out to him with two songs — “Back On The Streets” and “Turnabout” — the latter of which I’d been struggling with the right harmony lines for over a year. He literally had that song done in a matter of a few days and as you’ve heard, it was nothing short of amazing. In some cases, Bryan would just reshape and improve harmony lines that I’d created. In other instances, he’d just reinvent the harmony lines for the entire song. It was when he came on board that this album truly became the monster that we feel it is.”