Todd had some choice words for the rock scene since the 2000s (as provided by the White Line Fever podcast). 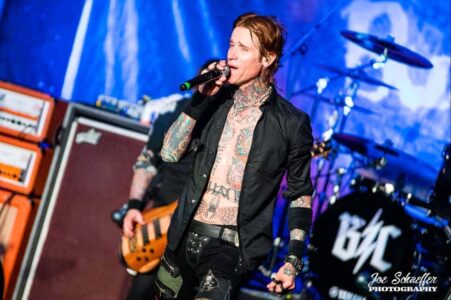 “As far as rock is concerned, I think since the 2000s, it’s been forgettable. You know what I mean?

“Not that the bands aren’t good and they’re not putting out songs. There’s definitely been careers started after the 2000s in rock music but it’s just kind of, like, faceless.

“If you look in the nineties, look at all the great frontmen. You had Chris Cornell, Layne Staley, Eddie Vedder, Zack de la Rocha and Jonathan Davis and so-on.

“I think it’s because it became this Active Rock movement, right, where everything is tuned down and cut to grid and … everybody’s playing these samples live and the singers, they all sing the same.

“You listen to Active Rock Radio and it sounds like the same band for 45 minutes.

“There’s no dynamics between bands. There’s no ‘that’s this band’ and ‘that’s that band’ and they all have their own little flavour. It’s not that way anymore and I think that’s why nobody is talking about rock music in the mainstream.

“There’s literally one band that they go to commercially if they want to fill that rock slot on some awards show or anything and it’s the Foo Fighters. That’s it. That’s what you get for the entire rock genre.

“That’s good for them but if you are a rock musician it’s tough.”

You can listen to the interview with Josh Todd on the White Line Fever podcast below: