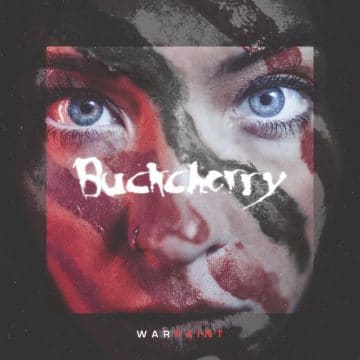 Buckcherry have released a video for their cover of Nine Inch Nails‘ “Head Like A Hole” from their upcoming new studio album Warpaint, which will be released on March 8, 2019.

The following two messages were posted on Buckcherry‘s Facebook page back on November 6, 2018 about their new upcoming record:

“That’s a wrap:) BC hasn’t release new music in 3 years.. This is actually 2 years in the making. Writing, recording and mix is DONE. Mastering and artwork this week.. and a new chapter begins. #buckherry #warpaint #3.0 Josh Todd Buckcherry Mike Plotnikoff, you crushed it. Love, Buckcherry”

“Pleased to announce that we have finished the recording and mixing for “Warpaint“. Release date information will be coming soon. With the record done, we look forward to getting back on the road. After 4 Southern California warm up dates in January, we will be visiting our friends in the UK, Germany, Italy, and Switzerland in the month of February. We will be playing a number of songs from the new record as well as all of your Buckcherry favorites. Hope to see everyone at the shows.”