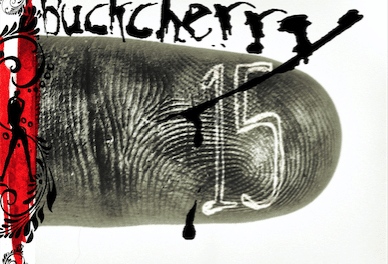 To celebrate the tenth anniversary of the release of their 15 album, Buckcherry will be performing that album in its entirety on their upcoming North American headline tour.

Buckcherry‘s 15 album was voted the #1 album by Sleaze Roxx readers for the Sleaze Roxx Readers’ Top 20 Albums of 2016. 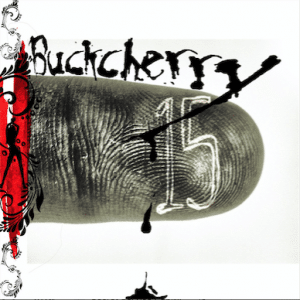 “Veteran LA rock band Buckcherry are celebrating the tenth anniversary of their smash, hit record 15 and have announced a headlining North American tour where they’ll be performing the record in its entirety with support from Candlebox and Sons of Texas on select dates.

In addition to the tour announcement, Buckcherry will be celebrating the anniversary by releasing a Deluxe CD Edition of 15 and, for the first time ever, a vinyl release of 15 this fall. The band has launched a PledgeMusic campaign this summer for the celebration, which will feature exciting, exclusive content, pre-orders for the Deluxe Edition, Vinyl and much more.

Buckcherry’s seminal record 15 was released in April 2006 and included breakout radio anthems “Crazy Bitch” and “Sorry.” The album was a turning point for the band following a breakup after the release of their 2nd album Time Bomb, and featured a reinvigorated lineup with 3 new members. The single “Crazy Bitch” exploded onto charts and radio stations becoming the rock anthem of the summer, and was nominated for Best Hard Rock Performance at the 49th Annual Grammy Awards. It was followed with the successful single “Sorry,” which peaked at #2 on Hot AC radio charts and #8 at Top 40 radio charts. To date, 15 has sold over 1 million copies, becoming the band’s first platinum record. 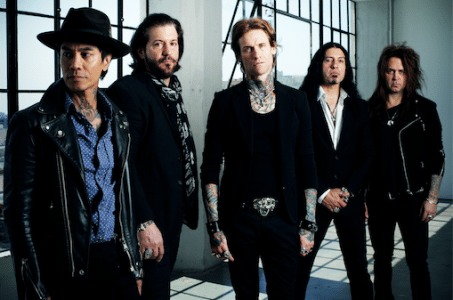 “‘15‘…. We named it that because we recorded it in 15 days. I’m proud of every record we’ve done, but ‘15‘ is special. We had nothing to lose and the world to gain. We bet on ourselves and won. It was a ‘thank you’ and a ‘fuck you’ at the same time. And it still is. I can’t wait to perform this record in its entirety for its 10th Anniversary!” – Keith Nelson

“‘15‘ was a very special moment in time for this band. A lot of people told us what we ‘couldn’t do’ and all we collectively thought about is what we ‘could do’ and how big it would be. Success is the best revenge and that is why we are bringing this entire record to the stage to celebrate the Ten Year Anniversary of ‘15‘, one of the coolest rock n’ roll comeback stories of all time.” – Josh Todd