Bullet Proof Lovers release video for “I Am My Radio” 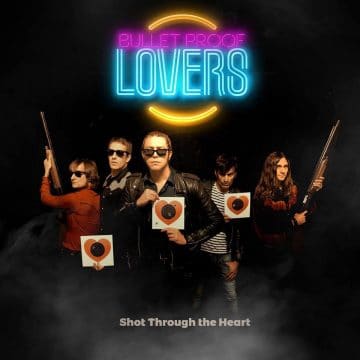 Bullet Proof Lovers have released a video for their song “I Am My Radio” which is from their upcoming album Shot Through The Heart, which will be released via Rum Bar Records on March 31, 2017.

Sleaze Roxx stated the following in its review of Bullet Proof Lovers‘ self-titled debut EP which was released back in 2014: “Bullet Proof Lovers provide simple often catchy rock n’ roll that is easy to review. Sophistication is definitely not one word that I would use to describe Bullet Proof Lovers‘ music. It’s just straightforward rock n’ roll with lots of hooks and a bit of a punk edge to it. Kurt Baker‘s vocals aren’t the greatest but at the same time they are mostly listenable all the way through. Baker seems to know his limitations and does not really extend himself out of his comfort zone.”

Sleaze Roxx went on to say in its review: “The problem with Bullet Proof Lovers is that the songs are so simple, and while catchy, aren’t that memorable. In other words, the songs are instantly likeable but seem to lack substance for me to want to listen to them over and over again. Would I enjoy hearing Bullet Proof Lovers‘ music live even if it was for the first time? Most likely yes. Will Bullet Proof Lovers‘ self-titled album be a go to record to listen to in the years to come? No. It’s simply a fun uncomplicated raw rock n’ roll album that is for the most part instantly likeable but which will likely get a bit boring to listen to after awhile.”

Bullet Proof Lovers‘ “I Am MY Radio” video:

BPL VIDEOCLIP I am my radio

I’m my radio (“Shot Through the heart LP”)