BulletBoys’ current version reportedly broken up — Is a reunion of the original line-up in the works? 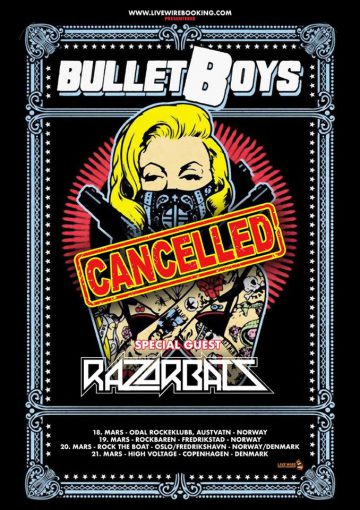 A report from Norway is that the current version of the BulletBoys — consisting of Marq Torien on lead vocals and lead guitar, Nick Rozz on guitar, Chad MacDonald on bass and Anthony Tiny Biuso on drums — has broken up, which is causing the cancellation of a number of shows booked for the band throughout January to March 2020.

This leads to the question of whether the original line-up of BulletBoys — consisting of Torien, guitarist Mick Sweda, drummer Jimmy D’Anda and bassist Lonnie Vencent — will be reforming. Back in early September 2019, Last In Line lead vocalist Andrew Freeman, who previously played with Sweda, D’Anda and Vencent in Lies, Deceit & Treachery, indicated in an interview with Metal Central that the only obstacle for a reunion of the original BulletBoys line-up was that one member didn’t want to do it.

“We have been contacted today by the manager of BulletBoys stating that the current version of the band has officially broken up. Therefore, all show dates from January to the end of March 2020 already contracted will now be cancelled per the manager’s request.”

We do apologize for any inconvenience this may cause.” 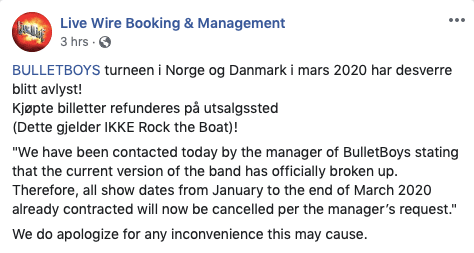