BulletBoys frontman Marq Torien was recently interviewed by Chuck Shute for the Chuck Shute Podcast. The interview covers a lot of ground including Torien auditioning for Mötley Crüe just before John Corabi was considered for the band, and getting the gig as Ozzy Osbourne‘s guitarist during the search for Randy Rhoads‘ replacement.

In terms of his time with Ozzy Osbourne, Torien indicated (as transcribed by Buzz Sprout with edits): 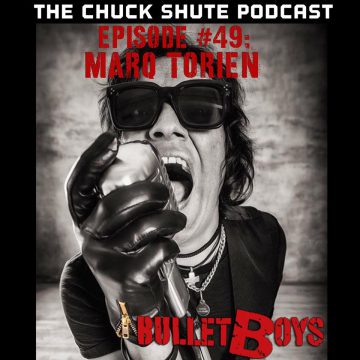 “Yeah. I don’t know Rudy‘s [Sarzo] story, but I don’t tell you one thing about Rudy… I love Rudy to death. Yeah, Rudy was there to help me. The whole time I was in the band. I mean, it’s like, back up. Tommy Aldridge really didn’t like me too much. And I still think Tommy was a little bit. Not really digging the fact that me being Latino.

That’s just me personally, that’s just me personally, but I could be completely wrong. Ozzy and Sharon [Osbourne] were the sweetest and nicest people and kind to me, and helpful and educational. They really helped me. Ozzy took me to Charvel. He picked out two or three guitars for me. He was very integral and very kind to me. Yeah. And I will never forget that I love Ozzy with all my heart and Sharon and I didn’t continue to dig and yes, I was told by Sharon… Sharon had called my mother because I was supposed to be picked up on a certain day, and I had all my guitars ready. I was still living with my parents and we waited. And that day, nobody can pick me up. No one called me. And then we waited another day. And no one came to pick me up, and no one called me. Then we waited the third day, and no one called and no one came to pick me up. So I’m sitting there. I’m devastated. My parents are like, ‘What the hell’s going on?’

So we got a call. I think it was on the fourth day, and my mom picked it up and it was Sharon. And she told my mother that to take time off, to keep the guitars and everything that’s been given. ‘Ozzy loves him but we just feel that he’s too young. And we’re just getting over the fact that Randy, the whole band, still has, their hearts are are destroyed because Randy is passed away.’ And so, they talked a little bit and then I got on the phone and Sharon was just like, ‘I’m so sorry Marq. I wanted to call you but we have to get out of here to England. We have shows and we hired a guitar player that Ozzy likes by the name of Bernie Torme. And he’s going to be doing the thing so she was very kind to me.’

Now, here’s this young kid playing with a bunch of older dudes. Okay. And it was hard man. It wasn’t easy. I thought I played when I lived ate and breathed those songs. I played the hell out of those songs. As far as playing out of tune or anything else like that, I was never told anything like that. I don’t remember being told anything like that. I just remember the phone call and the waiting for three days and I’m looking at the the Charvel stuff Ozzy bought me, I still have it… Right here on my wall [laughs]. Yeah, like so. Yeah, it was a great experience in the LA Times even like on the front page, little article saying, you know, I got the gig and Ozzy, ‘Hometown hero makes good [laughs]’. Then all of a sudden, now all of a sudden it just, it didn’t work. And now I thank God for that. Because it might not have been the right situation for me. Yeah. And I didn’t know it because I was so young. And then, you know, you never know. But God had other plans for me.”