Los Angeles hard-rockers, BulletBoys, have just released a new video for the single “Rollover” taken from their latest album Elefante’, which was released on June 9, 2015 via Deadline/Cleopatra Records.

The “Rollover” music video features voluptuous Playboy model, Ivy Ferguson, and plays off the dichotomous relationship between the artist who’s married to his music while simultaneously trying to keep his best gal happy. The sparks start to fly during the band’s live performance as the music and the tempestuous relationship reaches a fever pitch.

Elefante’ is the band’s first studio album of original material since 2009. Sleaze Roxx stated the following in its review of Elefante‘: “Torien’s terrific vocal delivery together with good, strongly written songs, produced in a finally more rock oriented manner, all make for a good album. Elefante’ is worth a listen and I encourage you to get it. I always like when I have reservations about an album at first and then it surprises me in a good way — and that is the case with Elefante’.” 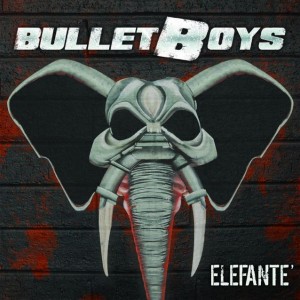