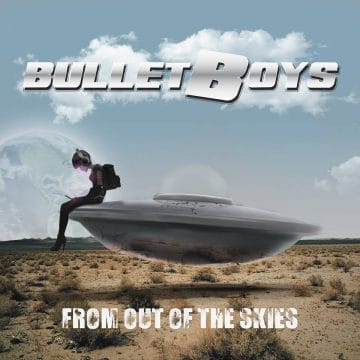 BulletBoys featuring long-time frontman Marq Torien have released a video for their new track “D-Evil” from their upcoming new studio album From Out Of The Skies, which will be released via Frontiers Music Srl on March 23, 2018.

“BOOM! Our NEW SINGLE & VIDEO, “D-Evil” has finally ARRIVED! Check it out at the link below and share it with your friends! Our buddy Jesse Hughes of Eagles Of Death Metal collaborated on vocals with this one!

Our LONG AWAITED NEW ALBUM “From Out Of The Skies” will be released March 23, 2018 via Frontiers Music srl! Pre-order on CD/LP/MP3 here: http://radi.al/FromOutOfTheSkies