Bulletrain to release second album ‘What You Fear The Most’

Sweden based Bulletrain will be releasing their second full-length album entitled What You Fear The Most on September 23, 2016, which is about ten years after they first formed.

The following message (in part) was posted on Bulletrain‘s Facebook page yesterday: 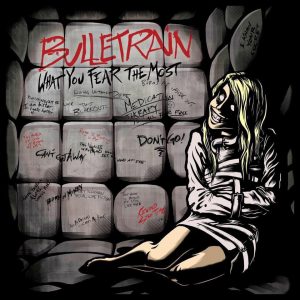 We’re so excited to let you know that on September 23 we will finally release our long awaited, second album “What you fear the most”, in collaboration with Metal Heaven all over Europe.

It has been a long rocky road since the recordings. It’s such a long story that you have to wait a century for our biography to take part of it.

Today we hope you’ll enjoy our news, the album cover and track listing for “What you fear the most“…” 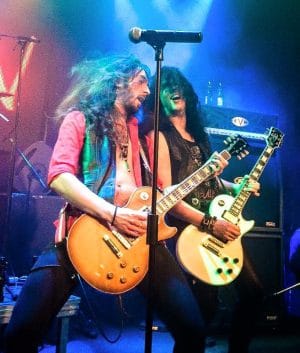 “Bulletrain was founded back in 2006 by guitarist Mattias Persson and drummer Jonas Tillheden in the suburbs of Helsingborg, Sweden. Led by their dreams, they found like-minded people with singer Robert Lindell, bassist Tim Svalö and guitarist Adam Börvall who later was replaced by the guitarist Robin Bengtsson. Bulletrain released their first EP “Johnny Gonebad” on their own in 2007. The record was produced by Klas Ideberg, the guitarist of the Swedish thrash metal band Darkane. “Johnny Gonebad” was well received and the band expanded its fan base by playing along with bands such as Crashdïet, Bullet and Crazy Lixx.

Dedicated to achieve their dreams, Bulletrain entered the studio again to record their second EP; this time again with Klas Ideberg behind the mixing board. “Turn It Up!” was the result and the album was released in the early autumn of 2009. “Turn It Up!” gave the group plenty of speed and gigs followed one another. Influential webzine SleazeRoxx.com gave the album a big thumb up. In 2010, having made it through their first real setback due to Tim Svalö’s departure with the replacement by Emil Lundberg, Bulletrain, the year began with playing at the Rest In Sleaze festival in Stockholm. A one-day festival in memory of the late singer of CrashDïet, Dave Lepard. This was a great honor for the group since Dave Lepard was a great inspiration to everyone in the band.

That show gave many ripples including a tour in Italy in the autumn of the same year and a very encouraging email by the “godfather” of Swedish sleaze, Chris Laney. Chris had heard of the group and as he is a Helsingborg native, he wanted to take the band under his wings and offered to produce their debut single. Of course the band accepted his offer and they recorded the single “Even with my eyes closed” with the b-side “Take me to the sun” in “Polar Studios” in Stockholm, July 2010. 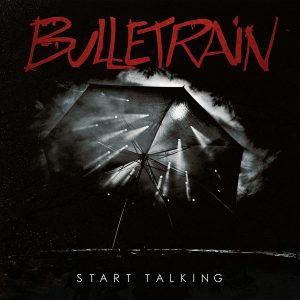 Bass player on the recordings was Nalle Påhlsson from the Swedish band Therion since Emil Lundberg sadly chose to leave the group the day before departure to Stockholm. The single “Even with my eyes closed” caught the interest of Georg Siegl at the record company AOR Heaven who offered to sign the group and release its debut album which also was supposed to be produced by Chris Laney. Several years out of hard work finally started to pay off. Just when the band was about to sign the record contract and have had a dream to come true, singer Robert Lindell chose to leave the band. There and then, they tumbled at the finish line. The record deal was lost and the album recording never happened. A few tough years came for the group and for a short time, they had the talented Mike Palace from Stockholm as frontman. Unfortunately, the distance that they had, had them to end the collaboration.

Bulletrain began to work with their debut album which they decided to produce themselves. Meanwhile while they recorded, they were looking for a singer and finally found him in the Växjö native Sebastian Sundberg. In June 2013, the band played their first gig in over a year which also was the debut gig with Sebastian. The venue was The Tivoli in Helsingborg which the group sees like home. That night Niklas Månsson did his first show as the new bass player in Bulletrain.

In December 2013, the band went to Stockholm to record the vocals for their debut with the producer duo RamPac, who have produced CrashDïet‘s “Generation Wild” and worked with Mötley Crüe‘s Mick Mars among others. The result was better than what they hoped for and was also a start for a collaboration. The album was ready to be mixed by Buster Odeholm from the extreme metal band “Humanity’s Last Breath“. In the summer of 2014, Georg Siegl at AOR Heaven decided to give the group a second chance and offered to release their debut album, “Start Talking“.

Bulletrain‘s “Out Of Control” video: