Bullets And Octane release video for song “When We Were Young”

American rockers Bullets And Octane have released a new video in support of their album Waking Up Dead.

“US hard rock band, Bullets And Octane, have released a new single and music video for ‘When We Were Young’, the track is taken from their new album ‘Waking Up Dead’, which was released in May via Bad MoFo Records/Cargo Records UK….

Bullets And Octane have added some new dates to their European tour, including a UK tour with CKY. 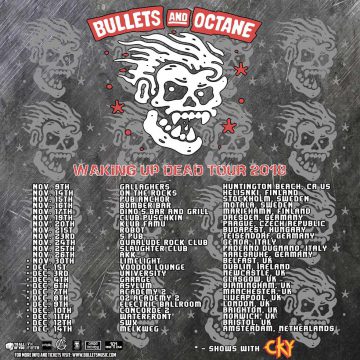 …. Bullets and Octane exploded onto the scene in 2003 with their debut EP “One Night Stand Rock N Roll Band” on Critereon Records. 2004 saw the 2nd EP “Bullets And Octane” and their debut album “The Revelry” produced by Gilby Clarke of Guns And Roses also on Critereon Records. In 2005-2006 they Supported Avenged Sevenfold in America and Europe on the City Of Evil Tour. 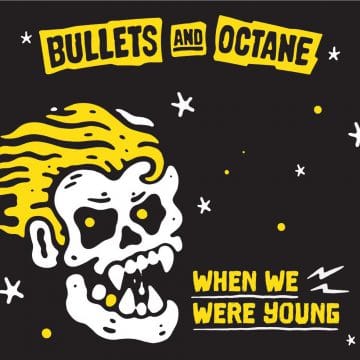 2006 was a big year for the band as they were signed to RCA/BMG Records. They released their first major label album “In The Mouth Of The Young“, which was produced by Page Hamilton of Helmet. They played The Download Festival and where on “The Family Values Tour” with Korn, Stone Sour, Flyleaf and Deftones. They headlined their own UK tour as well.

2007 saw them Leave RCA for Ares Records, released “Songs For The Underdog” album and tour with Unwritten Law. They had headlining UK Tour with The Knives that year as well. In 2009, they released “Bullets and Octane” a full length album and Toured the U.K. with Gunfire 76 (Wednesday 13’s project).

In 2016, they played Lost Highway motorcycle show and concert with Social Distortion, Foghat and Eagles Of Death Metal as well as releasing a new song “Burning At Both Wicks“.

In 2017 back at it full time with a solid line up, released songs and videos for “Bad Mother Fucker” and “Waking Up Dead“, headlined a very successful tour of the U.K and Sweden. They finished the “Waking Up Dead” album and played a string of successful shows in Hollywood, Orange County and Las Vegas.

In 2018 they are looking to release the album “Waking Up Dead“. They are already slated to headline U.K. dates and Sweden dates in February to kick off the20 Year anniversary of the band with what has been touted as the most solid line up in it’s history.”

Bullets And Octane‘s “When We Were Young” video:

Bullets And Octane – When We Were Young (Official Video)