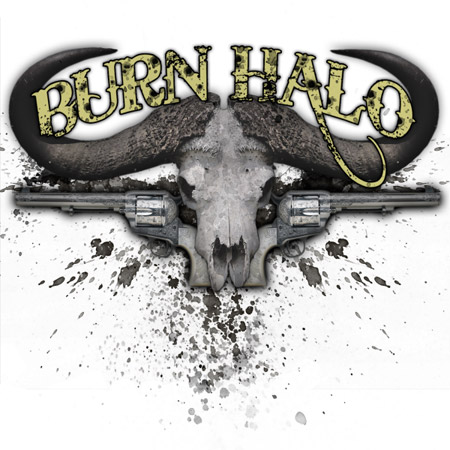 If you’re an Xbox LIVE Gold member (if not, upgrade now! http://marketplace.xbox.com/en-US/goldBenefits.htm), and you want a chance to play with Burn Halo, send a friend request to the Gamertags “Burn Halo GWF1” & “Burn Halo GWF2” and be online half an hour before (5:30 P.M. ET) the Game with Fame session starts on Monday, April 6, 6:00 P.M. EST.

James Stephen Hart, formerly of the Orange County band Eighteen Visions, started Burn Halo with songwriter Zac Maloy, who used to be with the band The Nixons. Hart knew exactly what he wanted with this new project. “I knew that I wanted a clear-cut rock ‘n roll band, which is something I had not had in the past,” Hart says of the music. “My vision and my brand of rock ‘n roll without having to compromise on any of the songs or any of the material. I wanted to make a very straightforward rock album.”

Releasing March 31, 2009 on Rawkhead/Warner, the album features the popular hit single “Dirty Little Girl,” which has received significant attention from music fans. “I wanted to paint a real life picture,” Hart says, “They are songs about real life, about situations you would come across with a lover or the loss of a friend or heading down a dark path in life. I think this is a real statement album for me … this is the record I’ve been wanting to make.”

If you get a chance to play with Burn Halo, Xbox wants to hear about it! Send an e-mail to xlmail@microsoft.com with the subject: “GWF – Burn Halo.” Be sure to include your Gamertag and hometown.