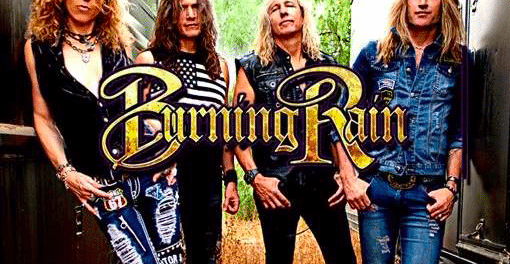 Burning Rain consisting of guitarist Doug Aldrich, lead vocalist Keith St. John, bassist Brad Lang and drummer Blas Elias have released a video for the title track of their new studio album Face The Music, which will be released via Frontiers 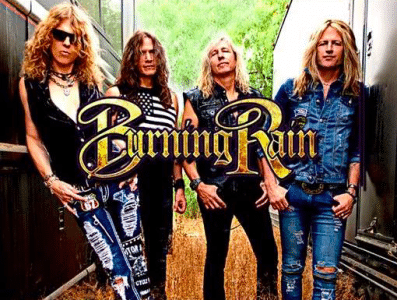 Sleaze Roxx stated the following in its review of Face The Music including the title track: “Okay kids, it’s time to “Face The Music”. I think the title track is always something that holds importance, especially to the artist. There is a reason why they chose that title and how it pertains to the album. You’ll have to wait for the answer on that one though as my Doug Aldrich interview is still in the editing stages.”

Sleaze Roxx concluded its review by stating: “As the album draws to a close with only two songs remaining something seems to really be happening. It gets better with age with tracks 10 and 11 being the age factor in case you didn’t get it. “Hideaway” is kind of a hard rock Rolling Stones. St. John‘s vocal delivery reminds me of that Jagger swagger on something from the late ’70s/early ’80s. I picture Jagger/St John strutting across the stage with chest forward and lips puckered as he/they point in the direction of the/their audience. Richards/Aldrich has the guitar stretched down low as he/they move(s) and shake(s) to the backbeat of the rhythm section. The album closes out with “Since I’ve Been Loving You.” Hell man! What an album! Stellar job boys!”