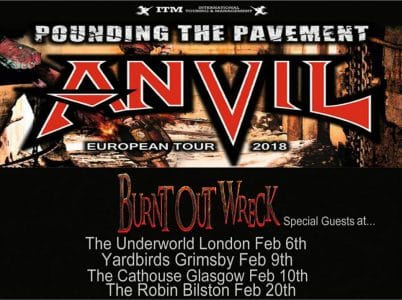 Burnt Out Wreck‘s “Bio” on their website states in part:

“The debut album from ex Heavy Pettin’s Gary Moat & Burnt Out Wreck is going to be released on 10th February 2017. ‘Swallow’ is a huge slice of full on, punchy classic hard rock with guitar riffs galore! Released on TRHRC through Cherry Red Records, this album is every bit as good as you would expect from one of Scotland’s original rock n rollers, Gary Moat.

‘Swallow’ is co-produced by Gary Moat and Steve Rispin (Asia, Inglorious) at his Liscombe Park Studio, mastered by Pete Maher (U2, The Killers, Jack White, Rolling Stones etc) and is set for a February 2017 release.

The band will be playing their first live show at the Giants Of Rock in Minehead in January 2017, alongside the likes of Steve 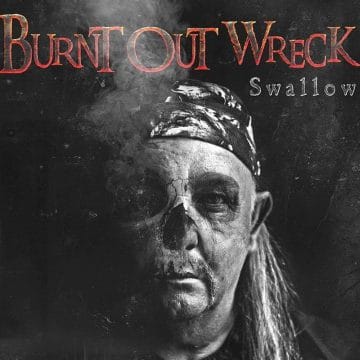 ‘Swallow’ by Burnt Out Wreck