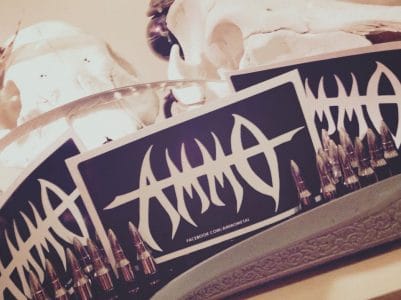 “Formed in 2014 out of the ashes of Hell Storm, Bret Overkill and Struan (Struiner) Robertson have formed a heavy metal band based on the fundamentals of what they think Heavy Metal is:
Brotherhood
Rebellion
Babes
Partying
Being Greasy…”

AMMO – Too Metal For Metal