Canadian metal rockers Sword consisting of the classic line-up of lead vocalist Rick Hughes, drummer Dan Hughes, guitarist Mike Plant and bassist Mike Larock have released their first single in over 30 years which is titled “In Kommand.” The single can be heard on Sword‘s Bandcamp page. 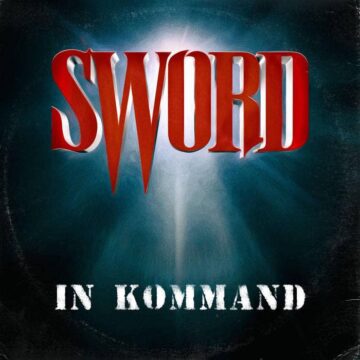 “Formed in 1980 in Montreal, Sword released their debut album Metalized in 1986 described as ‘Aggressive, Melodic, Loud and Rude.’ And to which Kerrang‘s Mark Putterford said, “My eyes are a painful shade of purple. My ears are ringing tortuously. My mouth is awash with blood and broken teeth, I’ve just been ten rounds with a Montreal mob called Sword.“

They were hand-picked by Metallica to open the Quebec leg of the Master of Puppets Tour, Alice Cooper’s Canadian Return of The Nightmare Tour and then crisscrossed the UK with the Mighty Lemmy on Mötorhead’s Rock’n’roll Tour.

It was followed by the heavy but diverse Sweet Dreams in 1988.

After a short US tour promoting the album, they started work on their third album. All hell broke loose and a parting of ways ensued… Until 2011, when they reunited for a few select shows in Canada and Germany and found the urge to go back in the studio to finish where they had left off.  Fall 2020 it will be, on Combat Records.”