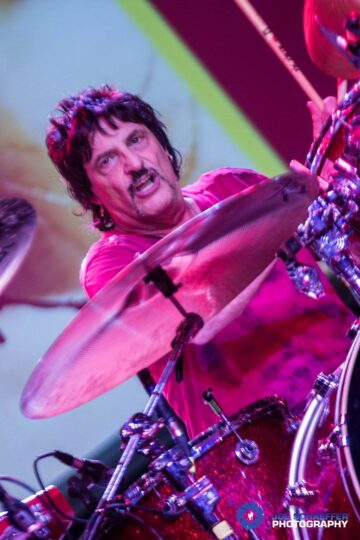 Daly pointed out that drummer Tommy Aldridge recorded the drums for Ozzy Osbourne‘s album Bark At The Moon, which was released back in 1983, but Appice ended up on tour in support of that record. Appice was asked how he ended up working with Ozzy to which he replied:

“They called me. I was promoting the Derringer/Appice album, and I got a call from my manager that Sharon Osborne wants to talk with me. So, I call Sharon, and she says, “I want you to join Ozzy’s band. Can you come to London? We’d like you to play with the band, and see how it goes.” So, I said, “OK,” and I went to London to play with Ozzy, and it sounded good. I knew Bob Daisley, I knew Jake E. Lee, and I knew Don Airey. So, we played and it was great, and I said, “Yeah, let’s do it,” and we worked out a deal. As part of the deal, I was gonna be doing master classes in America before the gigs. I’d have my own merch. All in the contract. All legal.

Now, before we did anything, I went to New York with Ozzy and Sharon, who left Ozzy in my care. As part of the contract, I was now the associate producer for Bark At The Moon. The drums had already been recorded by Tommy, but I came in to help get the sound together. I took care of Ozzy every day. I took him to the studio, and we’d walk to the studio, and he’d be walking around with diamond rings, I said, “Dude, take the fucking diamond rings off. You’re in New York. Don’t be a fucking idiot, you’re gonna get mugged. Take them all off, and put them in your pocket.” [Laughs]. You know, ’cause at the time, New York wasn’t a very safe place, in 1982. And so, we got into the studio and we did vocals with Ozzy two or 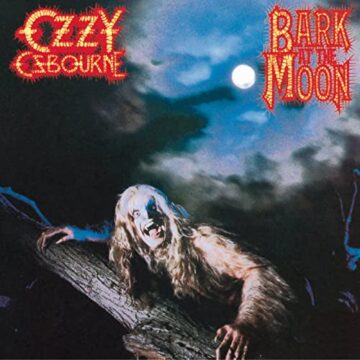 three words at a time. I think it was at The Power Station. I think we came up with the idea to remake Tommy’s drums by hooking them to a PA and then hooking them up through the room mics to make the sound bigger and more ambient like I would have done it, and I worked on the vocals with Ozzy. So, my deal was associate producer, and I was supposed to get a bonus every time the record hit a sales goal.

Now, I was good buddies with Ozzy. I knew Ozzy since his first tour of America with Black Sabbath when they played with Cactus. Anyway, we did the European tour which went great. We came to America, I was gonna do the masterclasses and would give money to UNICEF. So, I was getting a lot of press, and Sharon didn’t like it. At the end of six or eight weeks, she calls me in her office and she said, “Your name is too big. You need to start your own band. So, starting Monday, Tommy Aldridge is joining the band. You’re fired.” I said, “Yeah? I got a signed contract,” and Sharon says, “OK, I’ll see you in court,” I said, “OK then.” She wouldn’t even pay to fly my drums back to L.A. I had to fly them back from Europe myself.”

You can read the rest of the interview with Carmine Appice at Vinyl Writer Music‘s website.